“If all Men are born free, how is it that all Women are born slaves? As they must be, if the being subjected to the inconstant, uncertain, unknown, arbitrary will of Men, be the perfect Condition of Slavery?”
-English philosopher Mary Astell, Reflections upon Marriage Occasion'd by the Duke and Duchess of Mazarine's Case which is also consider'd, preface, 3rd ed., preface (1706)

“Consider… whether, when men contend for their freedom… it be not inconsistent and unjust to subjugate women, even though you firmly believe that you are acting in the manner best calculated to promote their happiness? Who made man the exclusive judge, if woman partake with him the gift of reason?”
-English social philosopher Mary Wollstonecraft, 'A Vindication of the Rights of Woman (1792)

“If the first woman God ever made was strong enough to turn the world upside down, these women together ought to be able to turn it right again.”

“Scores of us were involved and the timing meticulously set for every section. I know I walked from my place of service in my uniform and dropped the acid container in the pillar-box and made my way without interruption from anyone. A few minutes later the contents were aflame..”
-Glasgow suffragette and domestic servant Jessie Stephen, on the fire-bombing campaigns of 1905

“I shook and I shivered and the ladder was rocking… I was so fighting mad, I didn't know what to say first because there were so many things… They had to get me down on the ground and then I started.”
-Pearl (Gambanyi) Gibbs, on her first experience of public speaking in Sydney’s Domain for the Aborigines Progressive Association (APA), 1937

Beatrix Campbell and Anna Coote begin their 1982 story of the British women’s liberation movement by noting a long history of women’s re-affirmation – of strength, capability and political will. While observing the historical regularity and creativity of women’s uprising, Campbell and Coote also wryly observe concomitant difficulties in communicating and securing their endeavours “truthfully beyond the boundaries of their own movements”. In each case, the knowledge and gains made in these battles are largely forgotten by the next generation. Since patriarchal power and interests are not served by conveying an accurate picture of revolutionary enterprise, they argue, “the ideas and activities of these rebellious women have been largely omitted from the records.”  Unsurprisingly, we grow up in ignorance of our mothers’ and grandmothers’ politics. In different times and settings, generations of women continue to reinvent and re-ignite past rebellions, and in the process, may uncover the buried remains of earlier actions.

Australian art historian Joan Kerr has also suggested we put an end to this herstorical amnesia. She logged with some exasperation three spuriously purported ‘first occasions’ of feminist curatorial action in this country: the 1907 Australian Exhibition of Women’s Work, the 1934 Women Artists of Australia and the 1946 Exhibition of Australian Women Painters. The triumphant if erroneous claims made of each occasion were undercut by a deafening silence as to what might have come before, even on the part of artists like Thea Proctor and Margaret Preston, both excellent art historians who had each exhibited in two of these three shows and had apparently forgotten their own past. A subsequent wealth of feminist exhibitions has redefined Australian art, and the National Gallery of Australia’s current femibuster feels like a mop-up operation. It usefully corrects the NGA’s lingering gender balance and challenges us to put paid to local women artists’ anonymity by answering the call to ‘Know My Name’, courtesy of “the largest exhibition of its kind staged in Australia”, as Sydney writer Neha Kale observes with pride (and a touch of herstorical forgetfulness - for the record, whilst Know My Name: Australian Women Artists 1900 to Now features 300 wonderful works by 144 Australian women artists, organisers of the 1907 Exhibition of Women’s Work assembled a treasure-trove of over 16,000 works in all media).

The artists in First, Firsts conceive contemporary feminist practice herstorically – an important though tricky job, with so little archival context for this work. Their feminist activism seeks to intervene in the lives of people by reaching beyond purely aesthetic concerns to seek other social spaces, and in the process creates a politics of remembrance and alliance, to coin the title of Martinis Roe’s project. They address the unstable process of historical meaning, and who tells the story, for repositories of materials and information are never static entities, or even safe. These archival interlocutors activate left wing and specifically feminist historical memory as a process – one which matters and underpins the humanist values of care and civic reckoning, helping to determine what counts as knowledge in the future: what will be meant, or perhaps will never be meant.

The artists insist upon the embodied memory of (often contested) sites and places of feminist activism, retrieving vulnerable pre-digital material (conflicting memories, DIY actions, low-cost artworks, vulnerable ephemera) as herstorical insights that can set the record straight, and in the process offer us examples of truth-telling, coalitional action, resilience and optimism. This herstorical imagination opens up new avenues of thinking and looking “at a world facing climate-induced catastrophe, global pandemics and weakening democratic processes – all of which negatively impact upon women” as Alison Alder describes STILL WAITING FOR TOMORROW.

The contemporary resurgence of placards used both in situ and online remain potent methods of communication. Such moments of exchange, joint effort and solidarity, highlight the power of community. Feminist art practice and history continues a legacy of truth-telling and idealism whose power is still palpable.

FFA call-out for an Activist Archive
Your materials (photos, letters, campaign materials, info and contacts etc for: Artworkers Union and Art and Working Life projects, and; Sydney WAM herstory for 2022 and 2024 anniversaries. 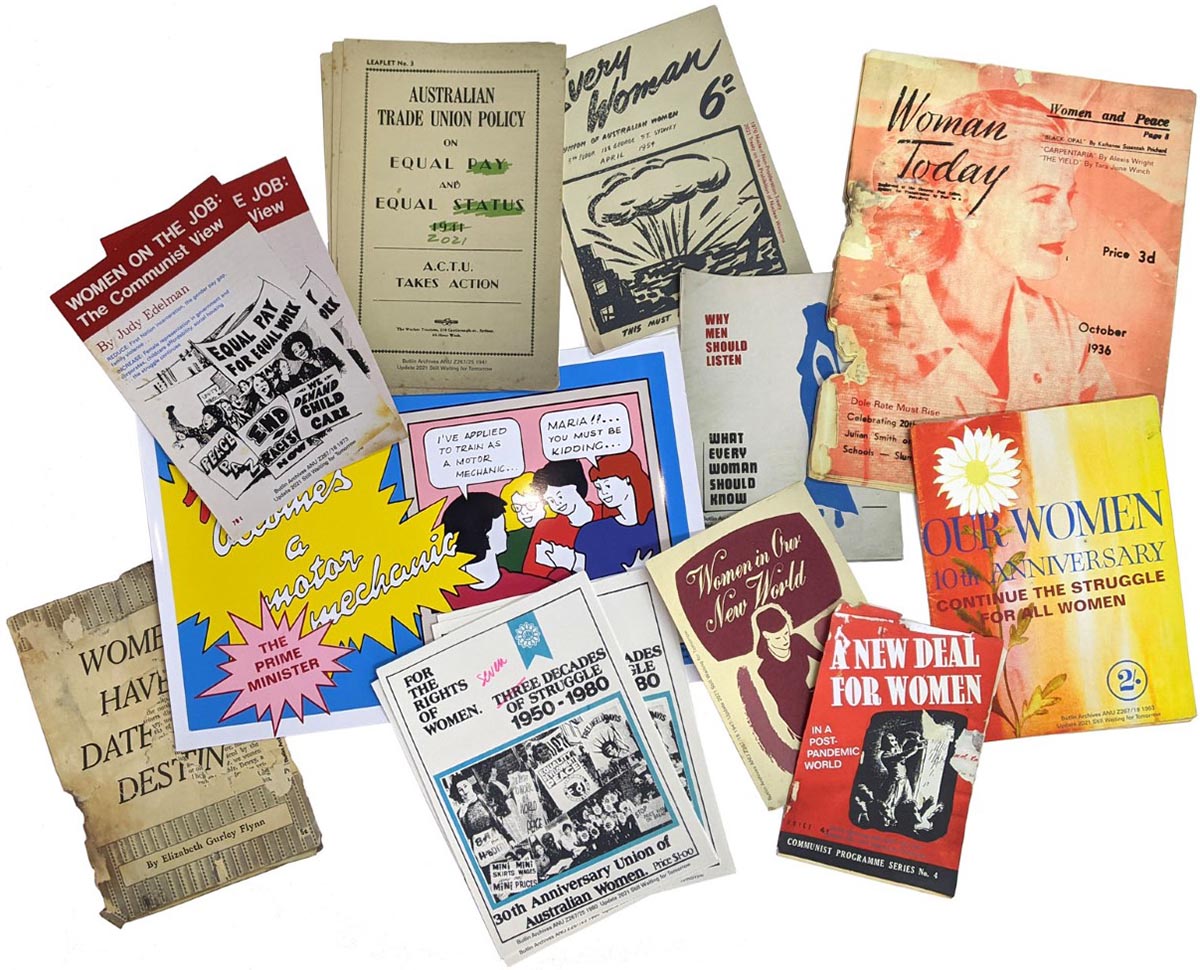 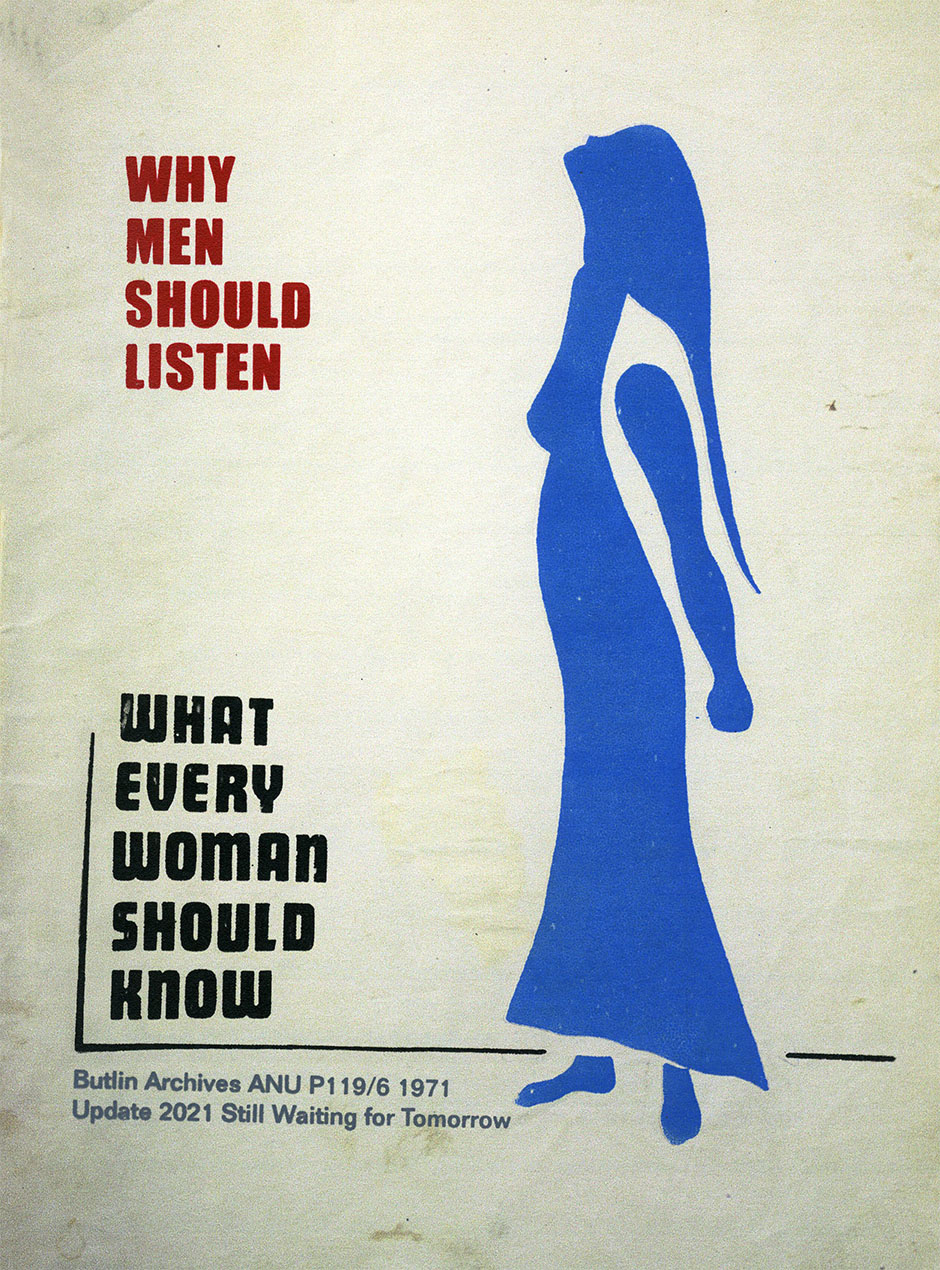 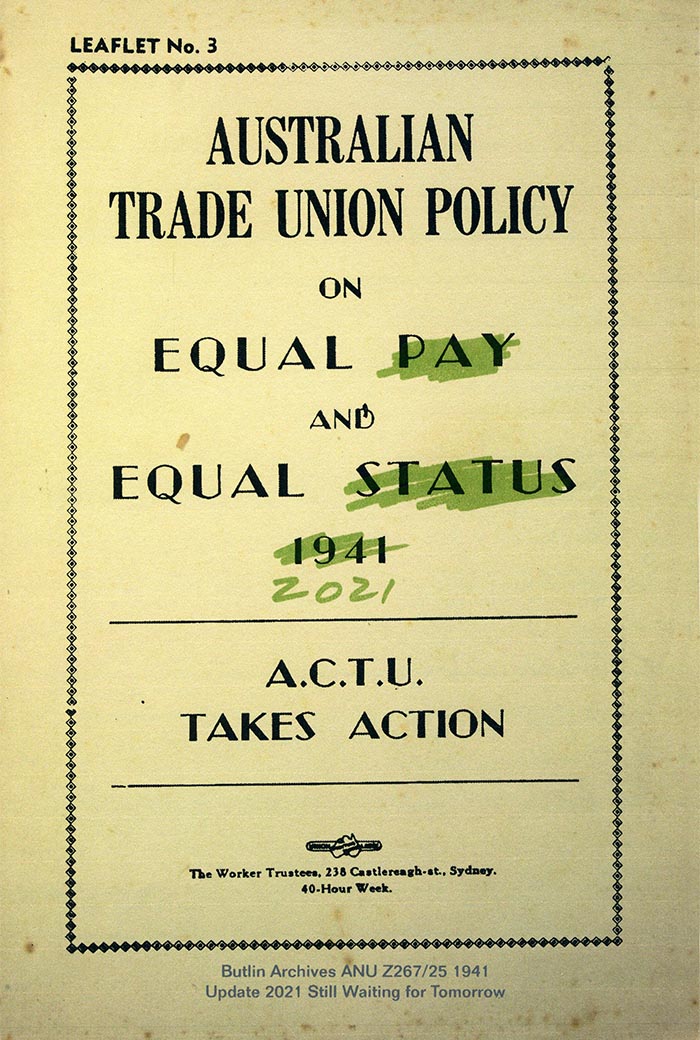 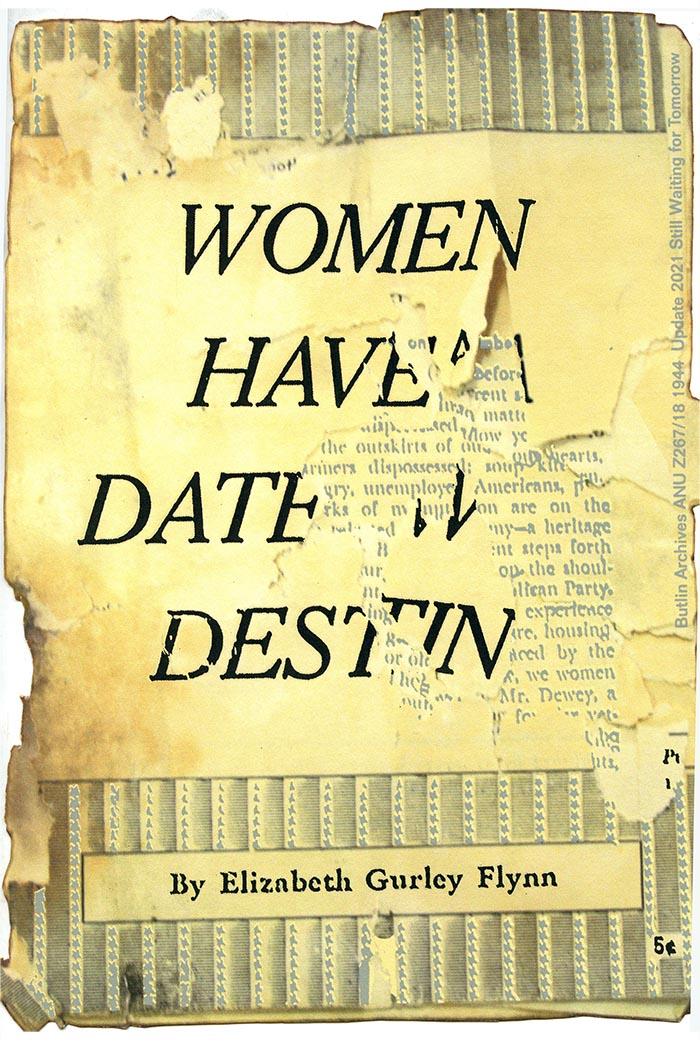 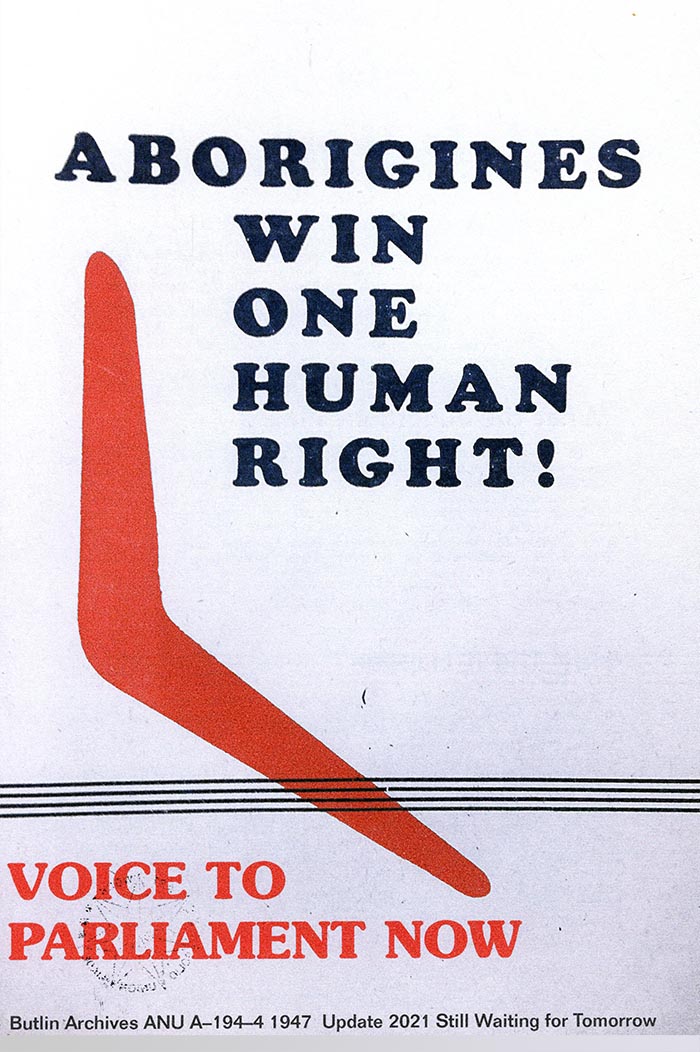 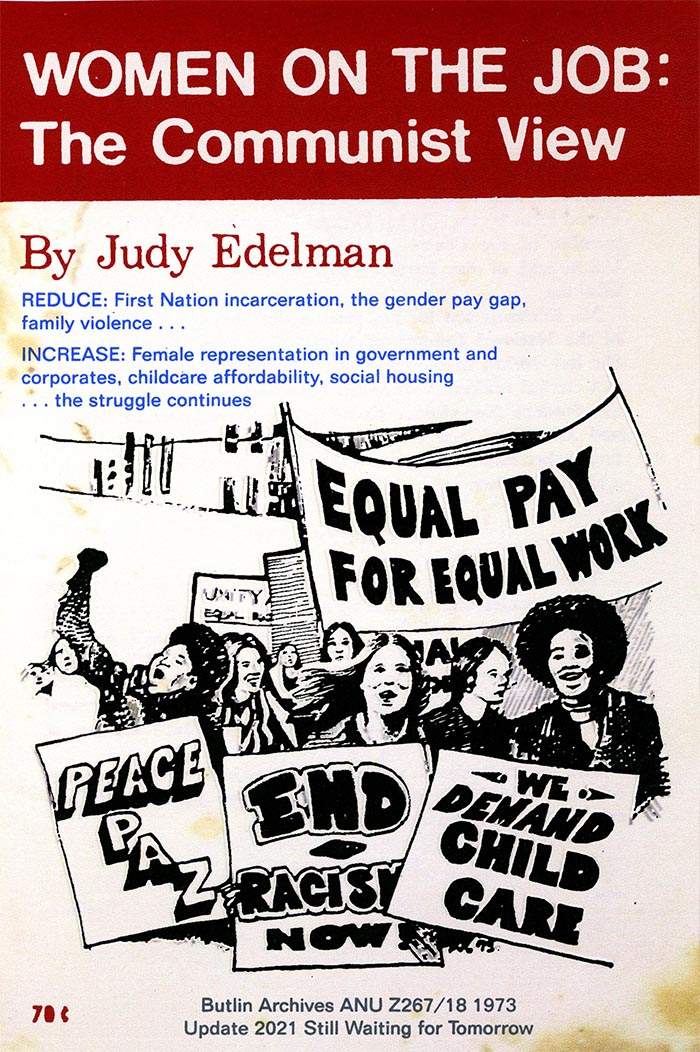 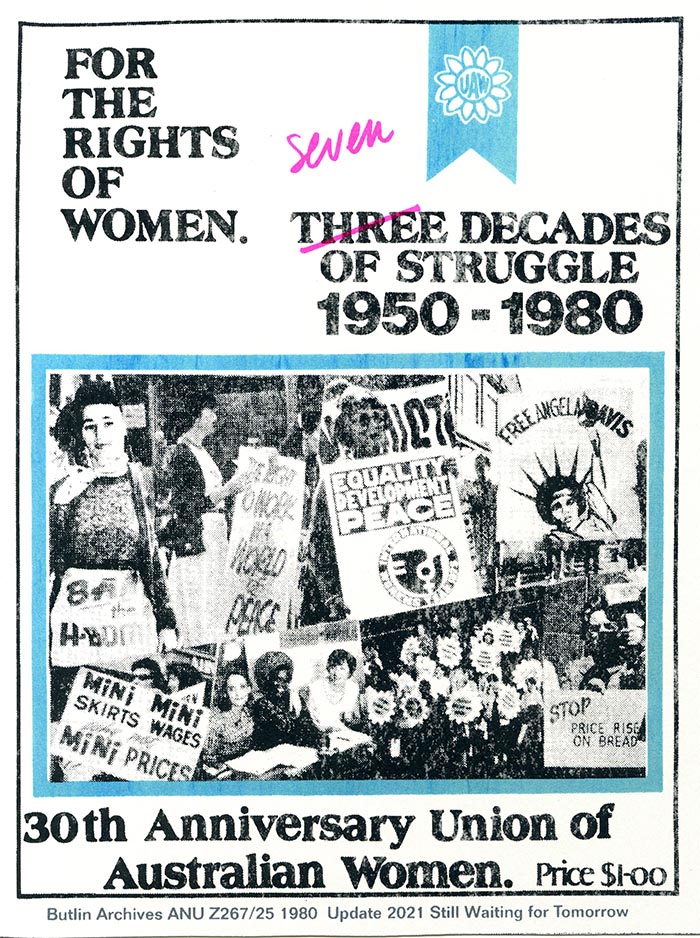 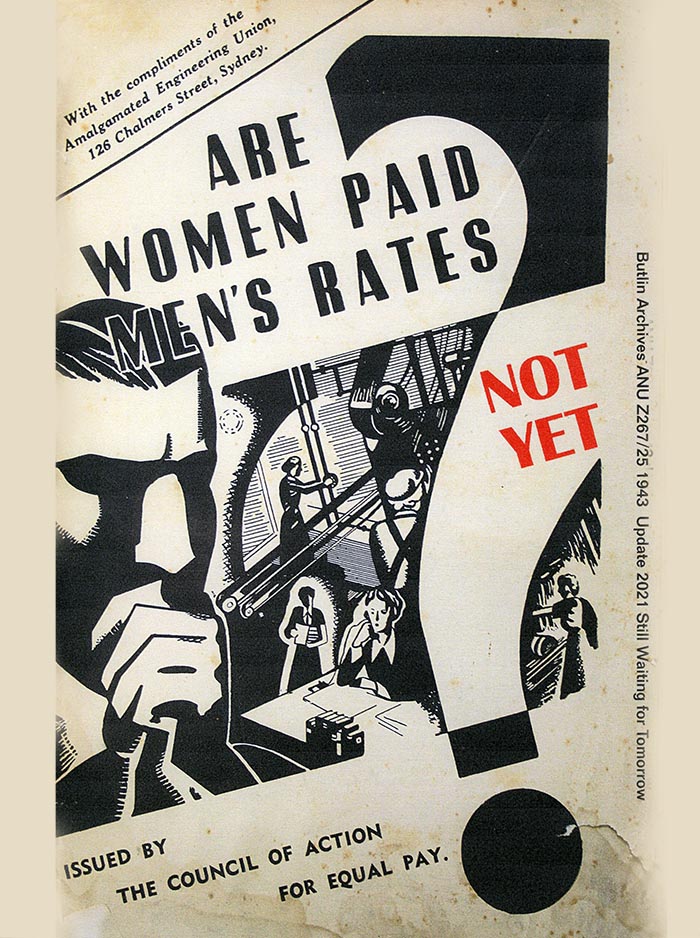 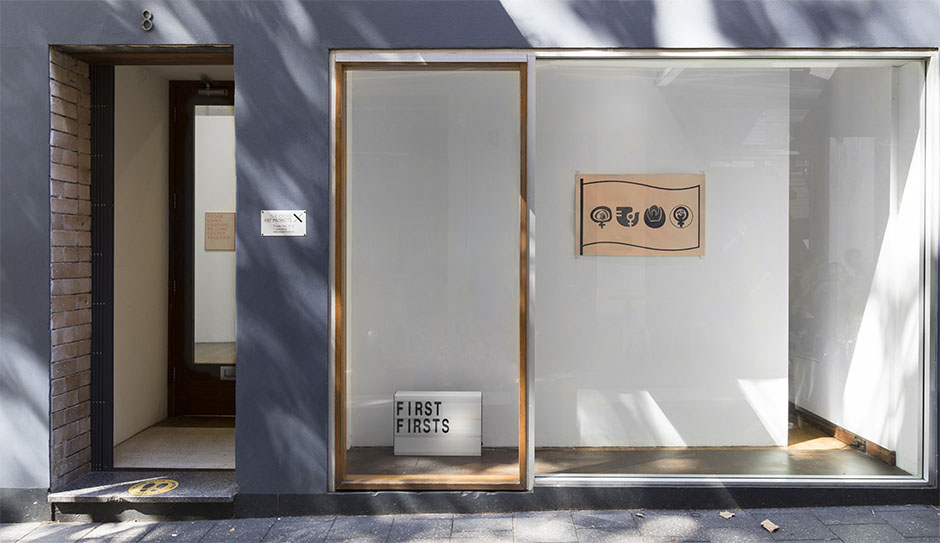 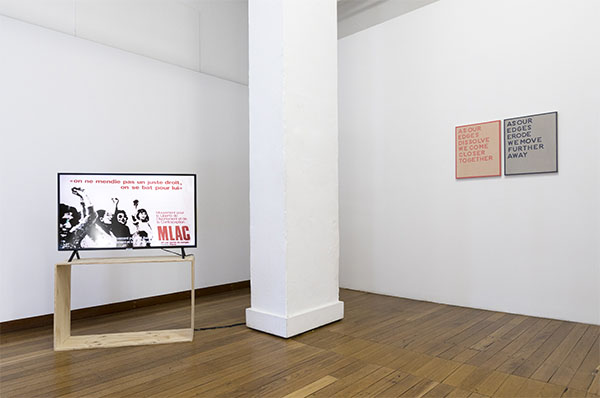 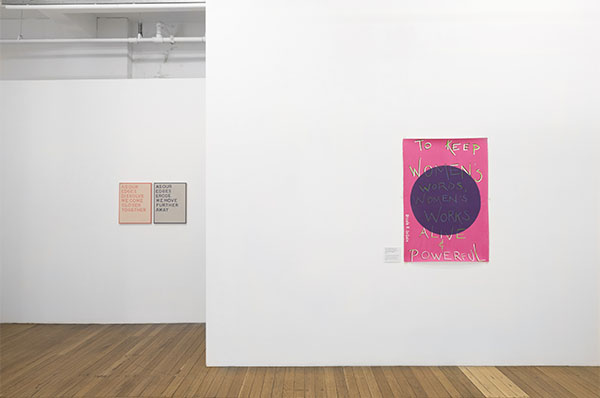 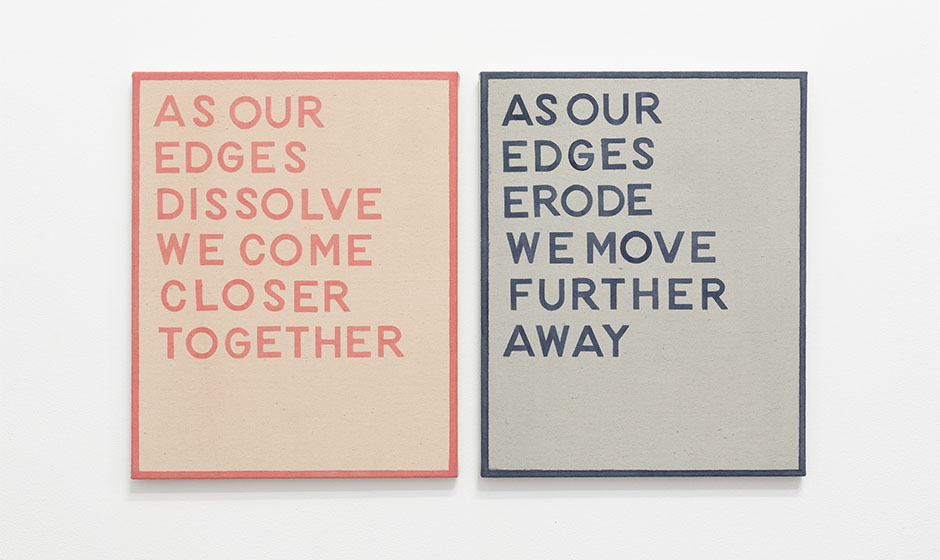 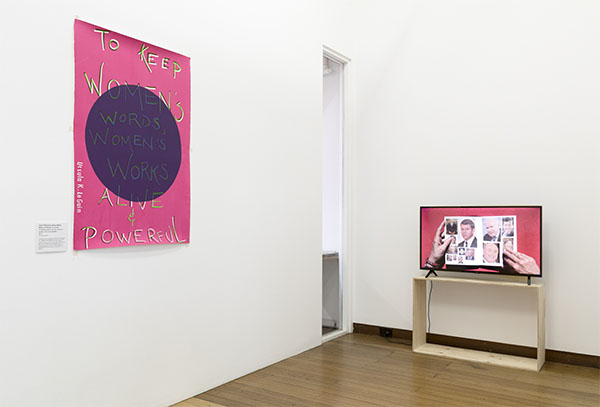 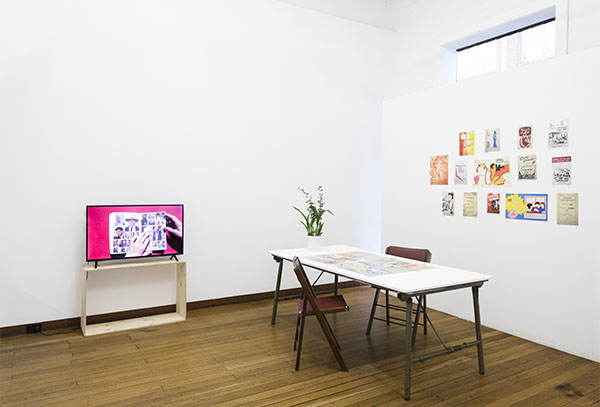 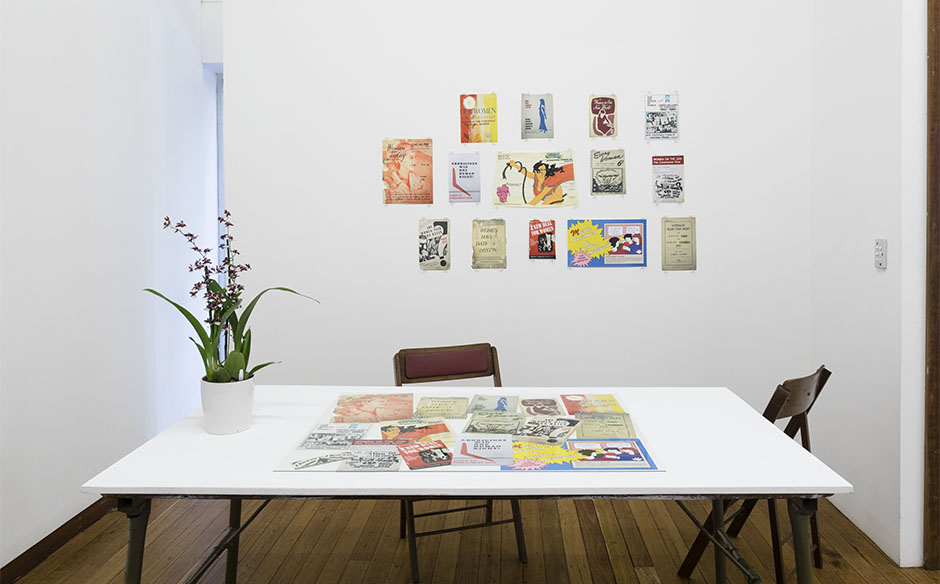 Alison Alder, Still Waiting for Tomorrow, ongoing work in progress, editioned silk-screen prints with digital modifications, each an edition of 5, 2021.