POWER TO THE PEOPLE

Power to the People Exhibition Catalogue, available in PDF format. > Download as pdf

Power to the People celebrates the 50th anniversary of the green ban movement and brings together artists, unions and community groups to re-read their legacy.

In June 1971, Jack Mundey, secretary of the Builders Labourers’ Federation (NSW), led his comrades to the barricades in solidarity with a united group of women fighting to save a bush remnant on Sydney Harbour at Hunters Hill. In a flamboyant stroke of genius, Mundey turned a traditional black ban, a form of political strike, into a green ban, reflecting environmental or social significance. The intersectional alliance of militant unionists with the Battlers of Kelly’s Bush was the first of a series of alliances that would make history over a short period between 1971 and 1975.

Newcastle green bans ran in parallel with those in Sydney, beginning in 1971. This exhibition also explores green bans to Save Blackbutt Reserve and East End (both 1973), initiated by Newcastle Trades Hall Council and over 25 community groups.

Jack Mundey worked in the context of the Builders Labourers’ Federation and a complex union movement based at Sydney Trades Hall and autonomous Trades and Labor Councils in Newcastle and Wollongong. They created a dispersed green ban archive. The Sydney Morning Herald called them ‘mere builders’ labourers’ and ‘proletarian town planners’, with conservationists ridiculed as ‘mere housewives’.

Others saw a revolution. Green bans were an uprising over unequal planning, heritage catastrophe. a plea for housing justice and for the right to a voice. Green bans linked kindred spirits: urban justice conflicts to conservation and land rights battles.

Nobel prize winner Patrick White wrote in appreciation, ‘Civilisation is not a matter of money and concrete. Civilisation, as I see it, depends on human spirit—human beings—human values.’1 In Peter Manning’s summing up, ‘mere’ labourers and housewives created a ‘rare shift in public thinking’.2

Mundey, a non-doctrinaire communist, drew on the rich thought and organisational culture of the civil rights movement and campaigns for land rights, women’s rights and gay and lesbian rights. Mundey’s focus was always on working and living conditions in Sydney’s brutal and sometimes corrupt construction industry: he termed it ‘civilising the industry’. By the time of the second green ban, ‘The Battle of The Rocks’ in December 1971, Mundey correctly said, ‘the whole world is watching’.

Under Mundey’s innovative leadership, the NSW Builders Labourers’ Federation developed a new concept of unionism, which included an emphasis on job-site autonomy, open executive meetings to all members, frequent use of mass stop-work meetings and the tying of officials’ wages to the BLF award wage. Most startling was limited tenure: officials should come from the job and, after six years at the most, return to the job. Mundey did not seek re-election and in 1974, returned to work as a pick-and-shovel labourer at St Vincent’s Hospital.

After four years, almost 50 green bans and a collaboration with the National Trust (NSW and branches) that saved 120 historic buildings, the NSW Builders Labourers’ Federation was de-registered. This complex network of campaigns forged the Australian New Left through actions, texts, slogans and songs and posters. Power to the People is one in a series that is re-constructing the impact of the green bans and documenting the movement.

In Newcastle, two green bans created their own documentation. A booklet titled Save Blackbutt. The case against State Highway 23 Violating Blackbutt Reserve, was published contemporaneously in 1973, whilst Newcastle Printmakers Workshop undertook a community arts program on the historic East End. The resulting collection from the latter—East End: Past & Present—comprised photographs, video interviews and two sets of prints. A year later, in 1985, Newcastle Art Gallery mounted a splendid exhibition along with a publication. A selection of prints and photographs from these sources are included in this exhibition.

Newcastle Trades Hall Council—led by secretaries Keith Wilson (1969-1979) and Peter Barrack (1979-2000)—added stable leadership to green ban campaigns. Newcastle Trades Hall Council (NTHC) executives were fellow travellers with the BLF (NSW), and strongly opposed the state union’s de-registration and the subsequent take-over. Whilst Sydney green bans were lifted after the BLF’s de-registration, Newcastle green bans were not lifted until communities had signed-off. Green bans such as Carrington, continued to the late 1980s.

The green bans were part of a decisive shift in Australia. Heritage and conservation became central to planning and policy, and the years that followed saw ‘the birth of Australian environmental politics’3

The political reformers of the time, led by Prime Minister Gough Whitlam (elected 5 December 1972), made environment, heritage conservation and urban planning mainstream issues. The federal government passed heritage legislation in 1975, which was followed in every state over the next 16 years or so. Victoria was first in 1974. Their actions forced Neville Wran’s Labor state government to introduce the NSW Heritage Act 1977 and the Environmental Planning and Assessment Act 1979. In the Northern Territory, First Nation’s peoples re-gained control of some of their lands with the introduction of the Native Title Act 1979.

Unrelenting decades of legislative amendments have disabled and overruled transparent consultation and strong protections on heritage and environment. The right to be heard is remote. Secondary boycott legislation has gagged unions. Jack Mundey’s vision for a sane environmental and planning policy and the fight against corruption is ongoing. 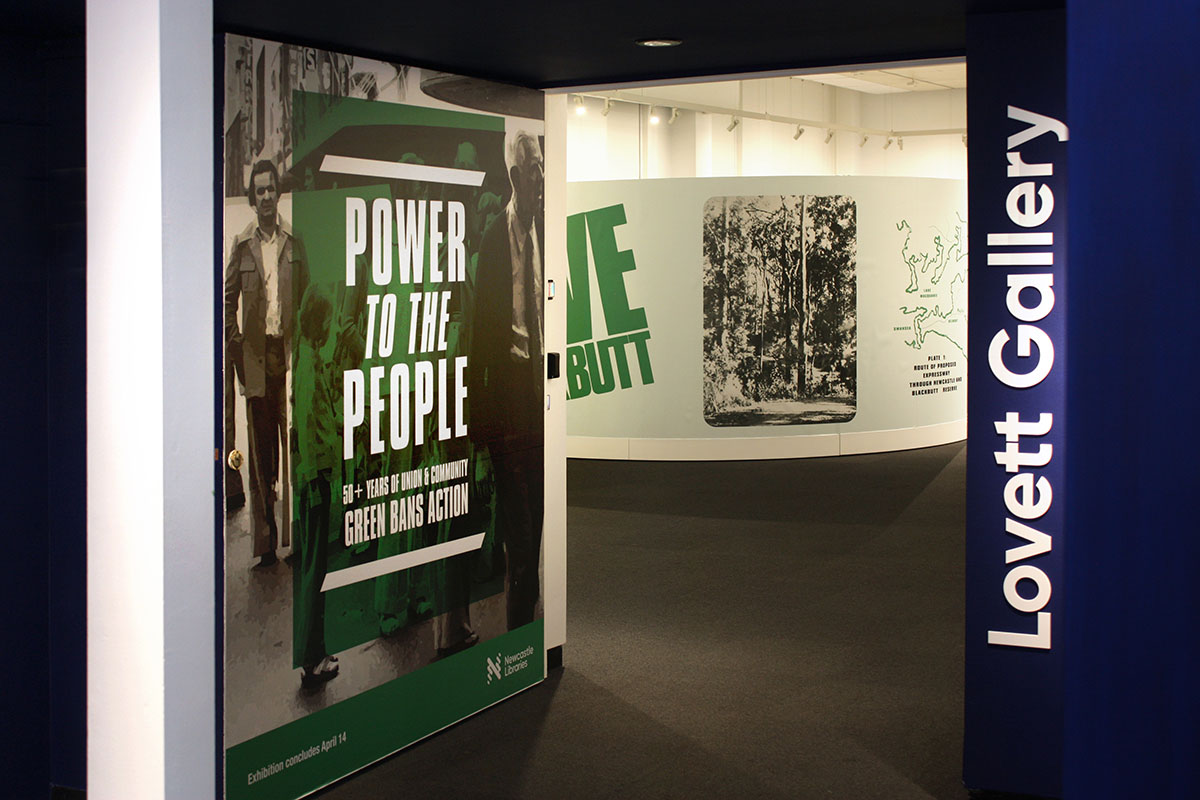 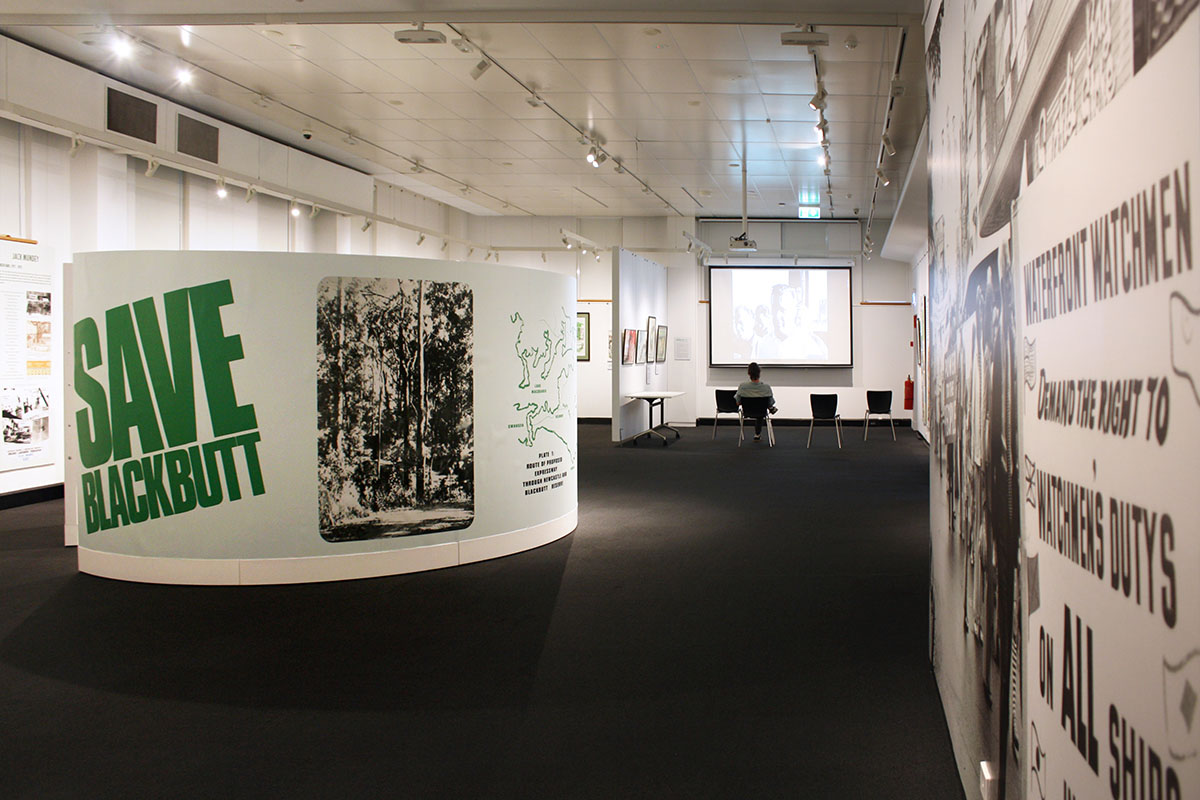 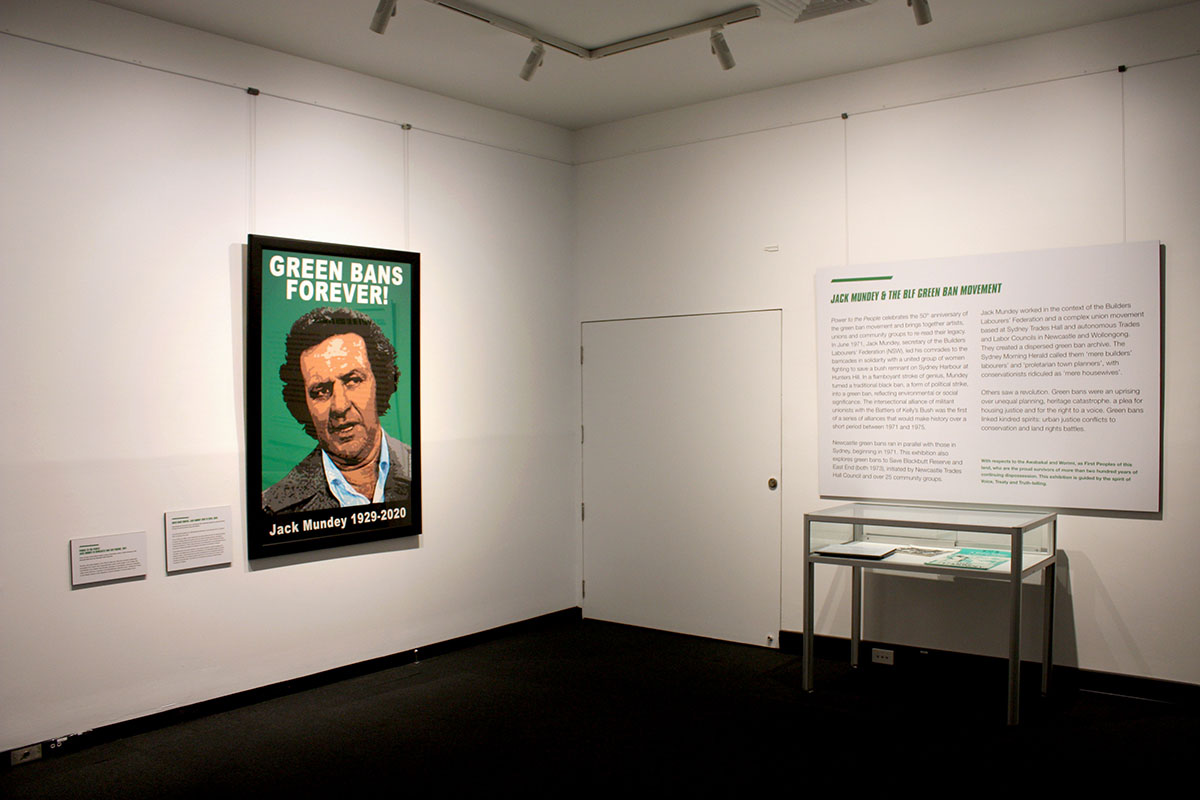 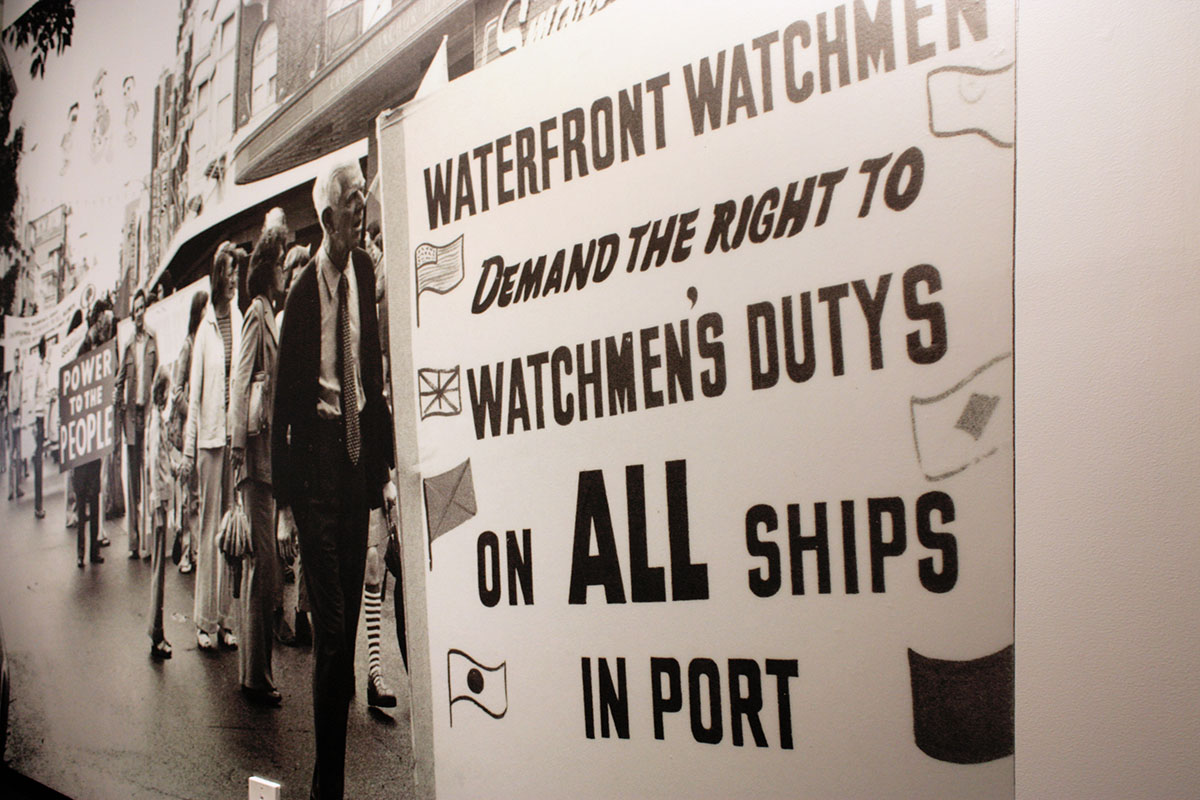 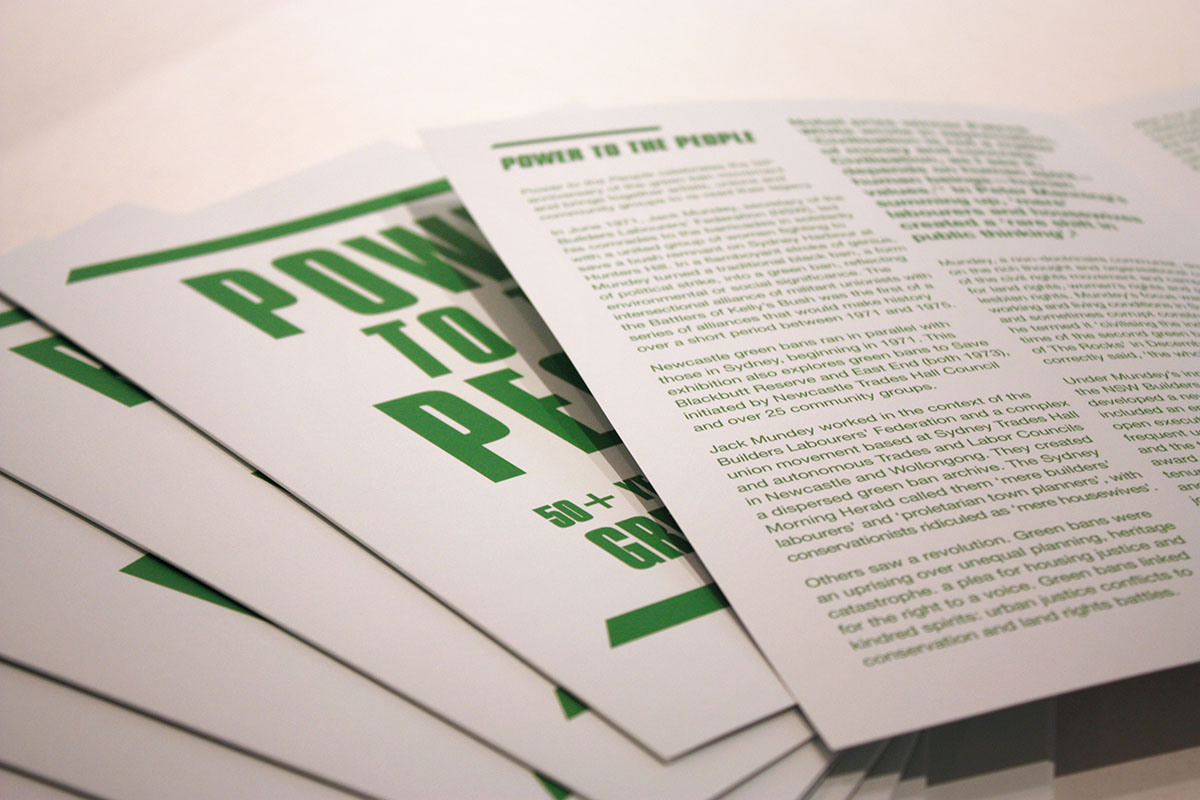 Power to the People Exhibition Catalogue, available in PDF format. > Download as pdf 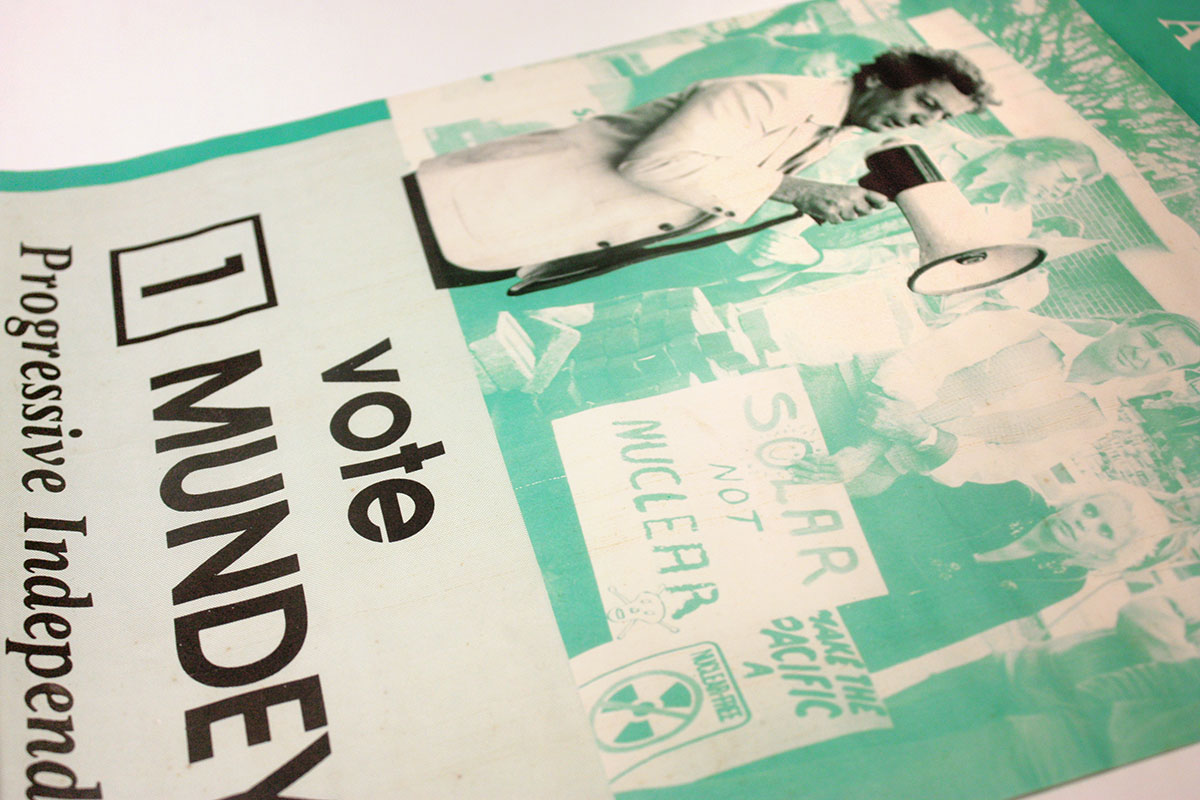 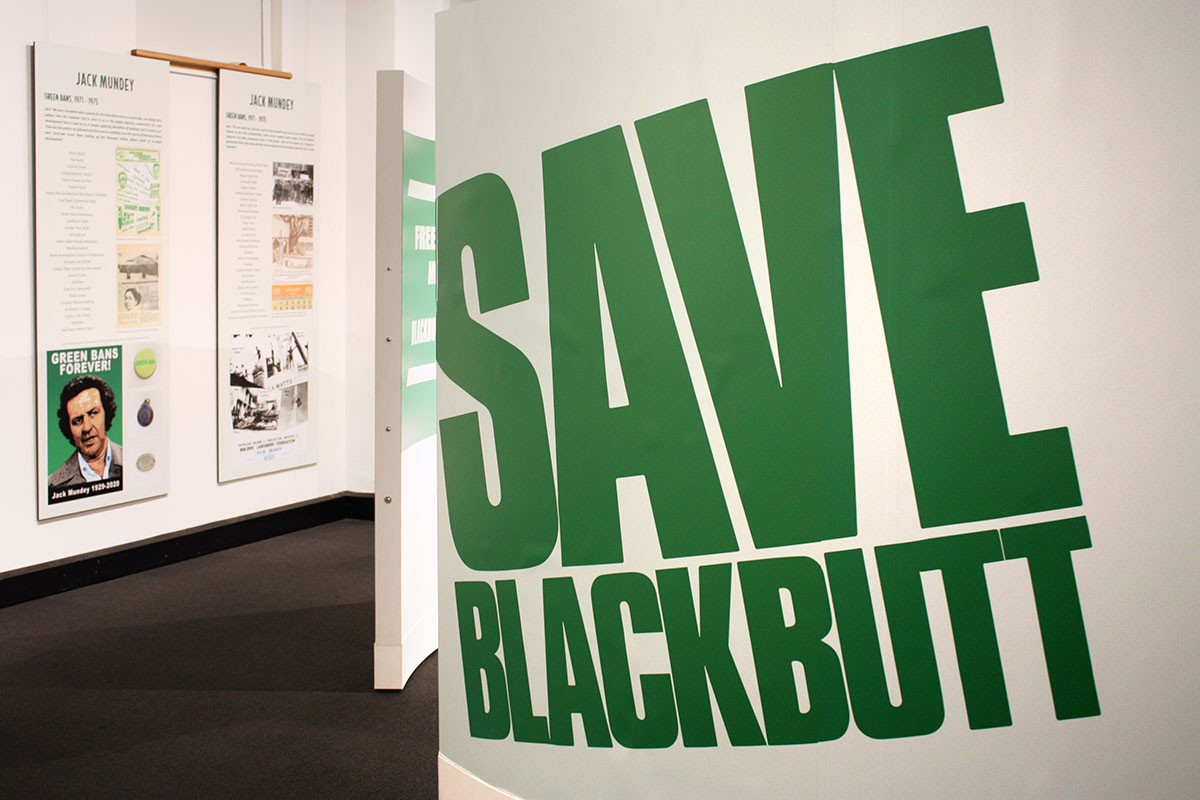 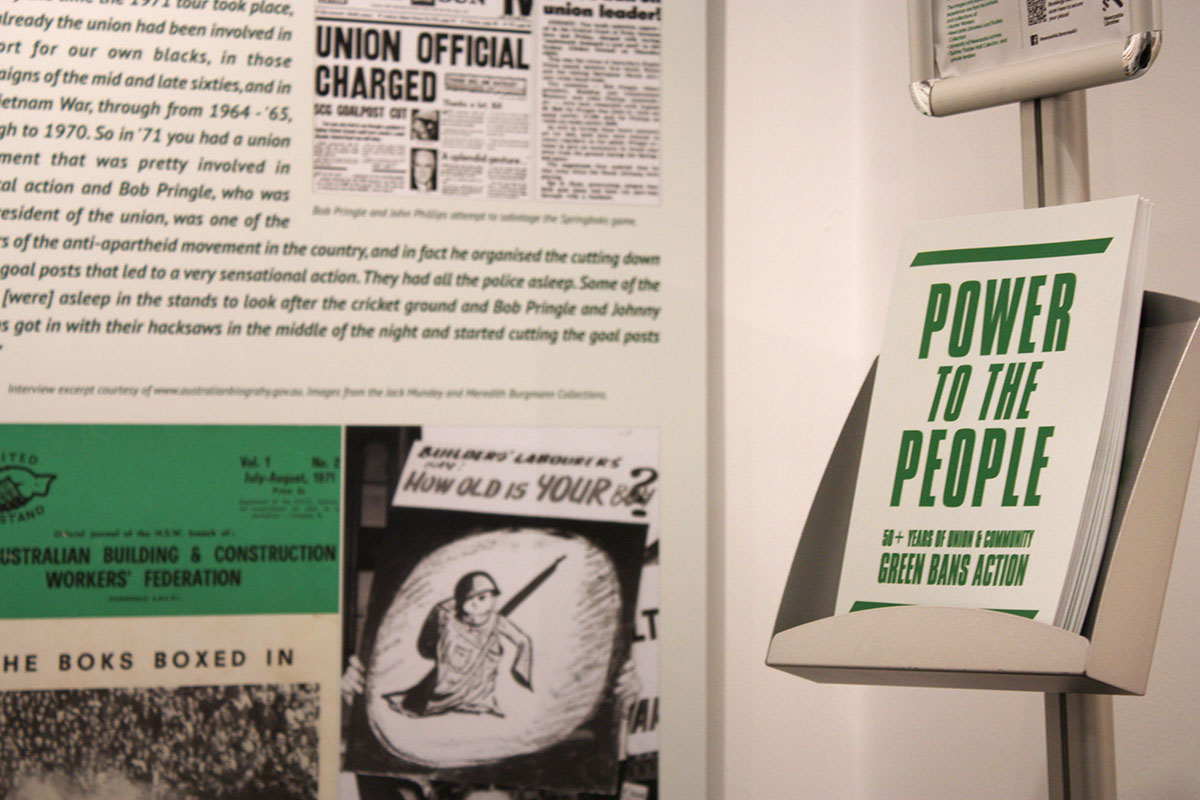 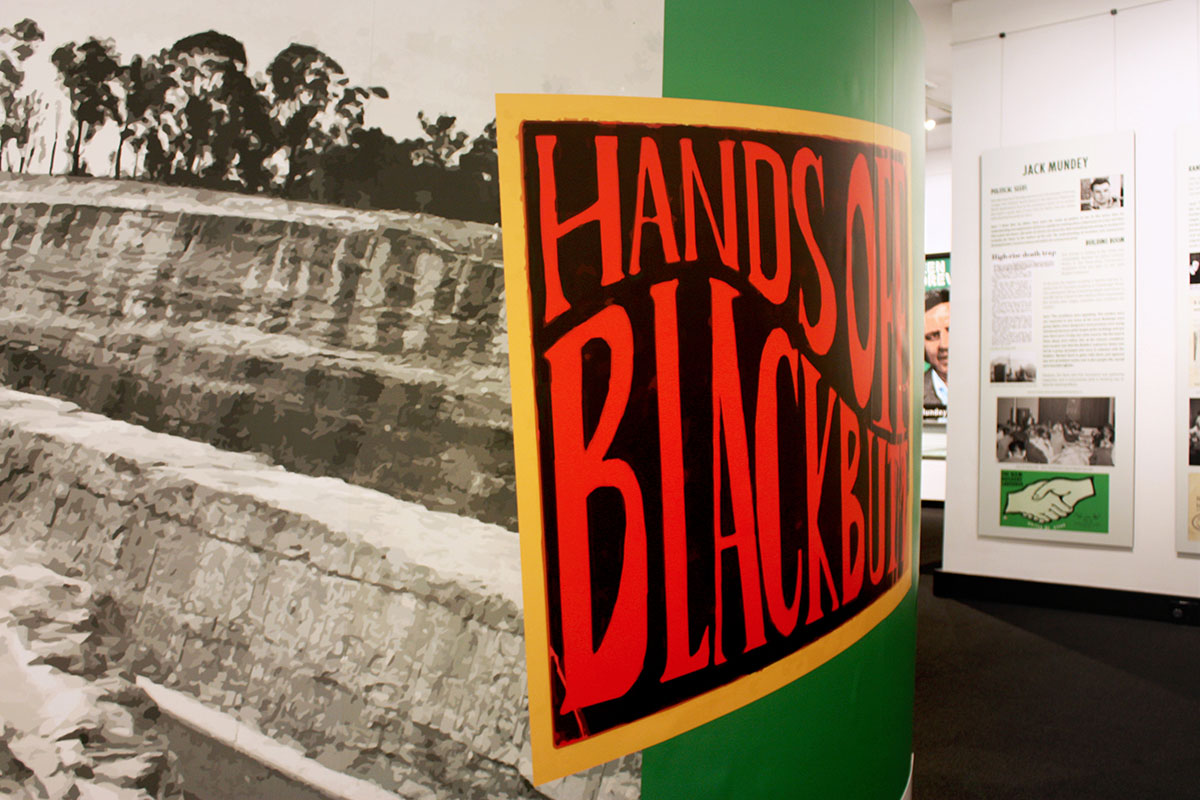 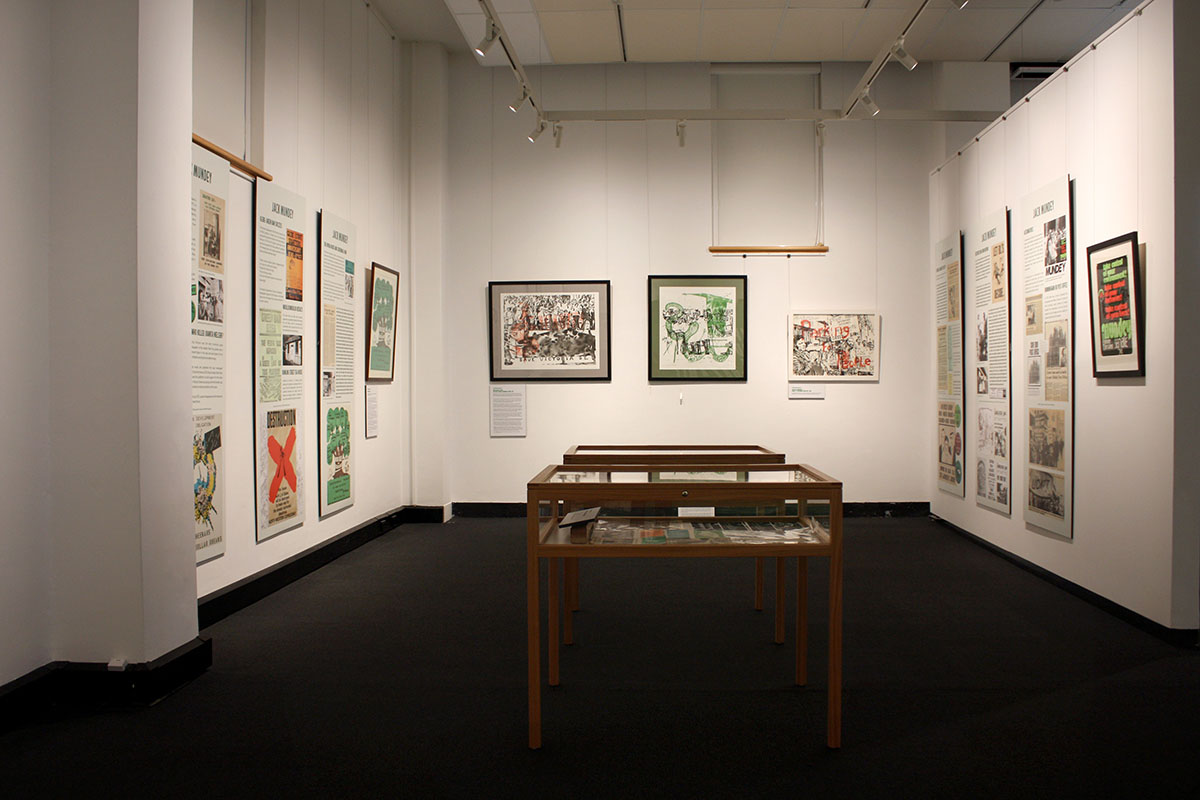 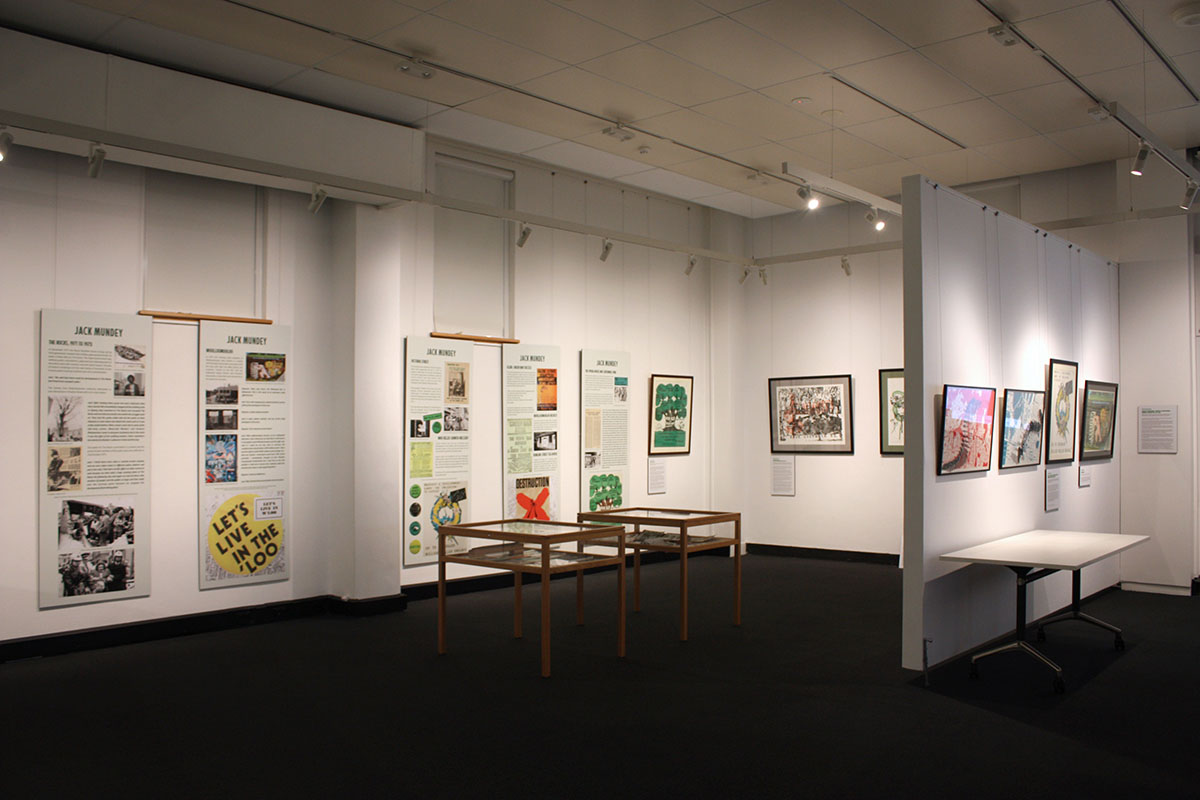 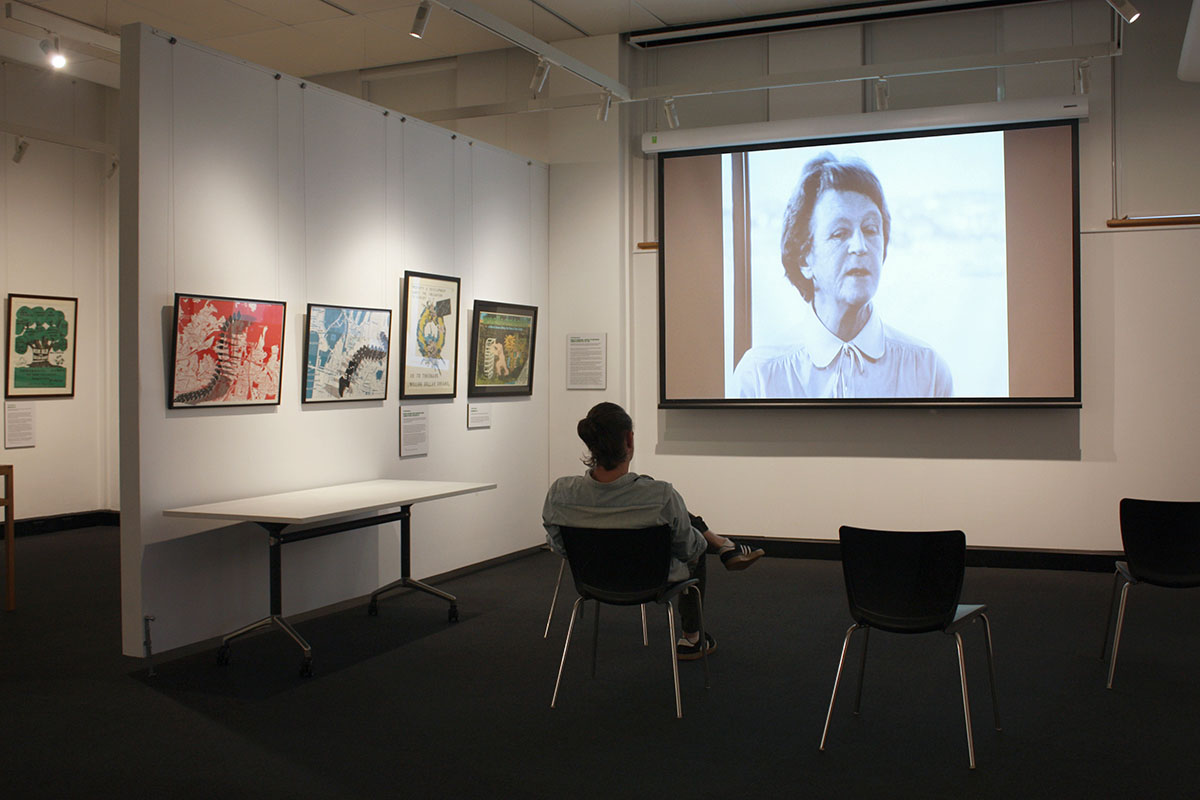 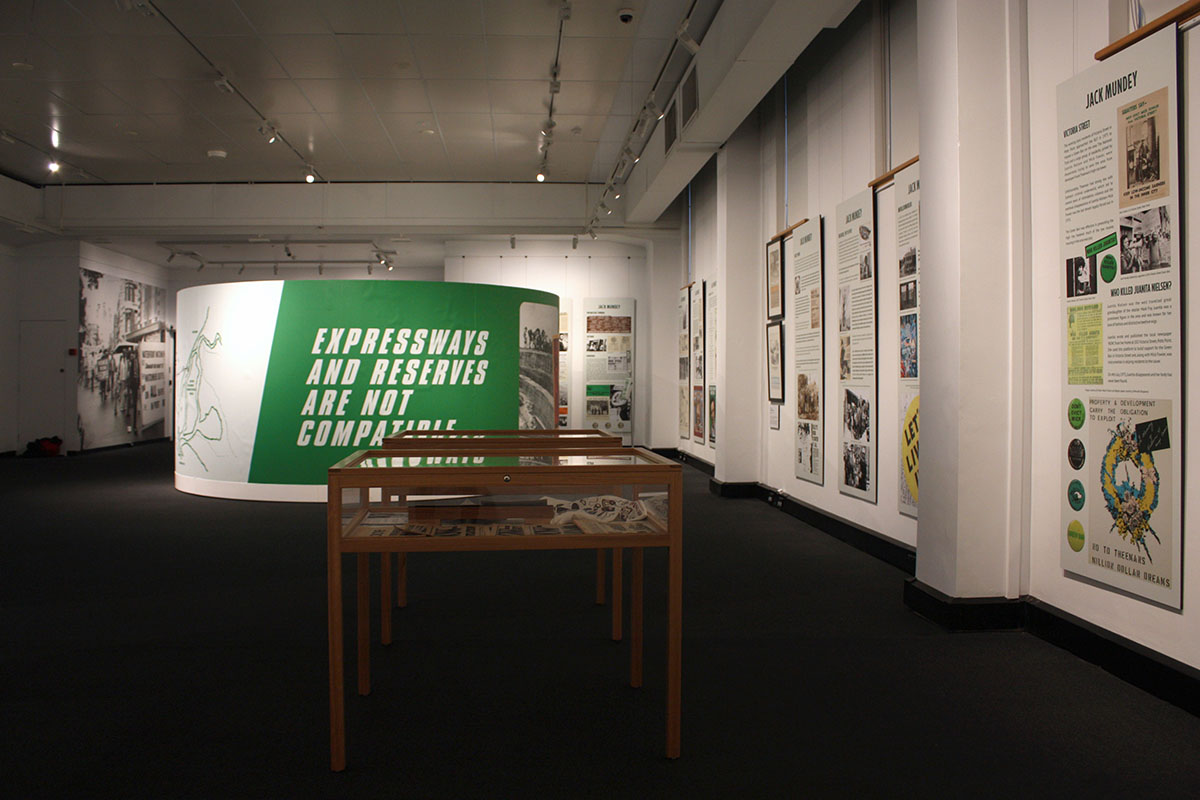 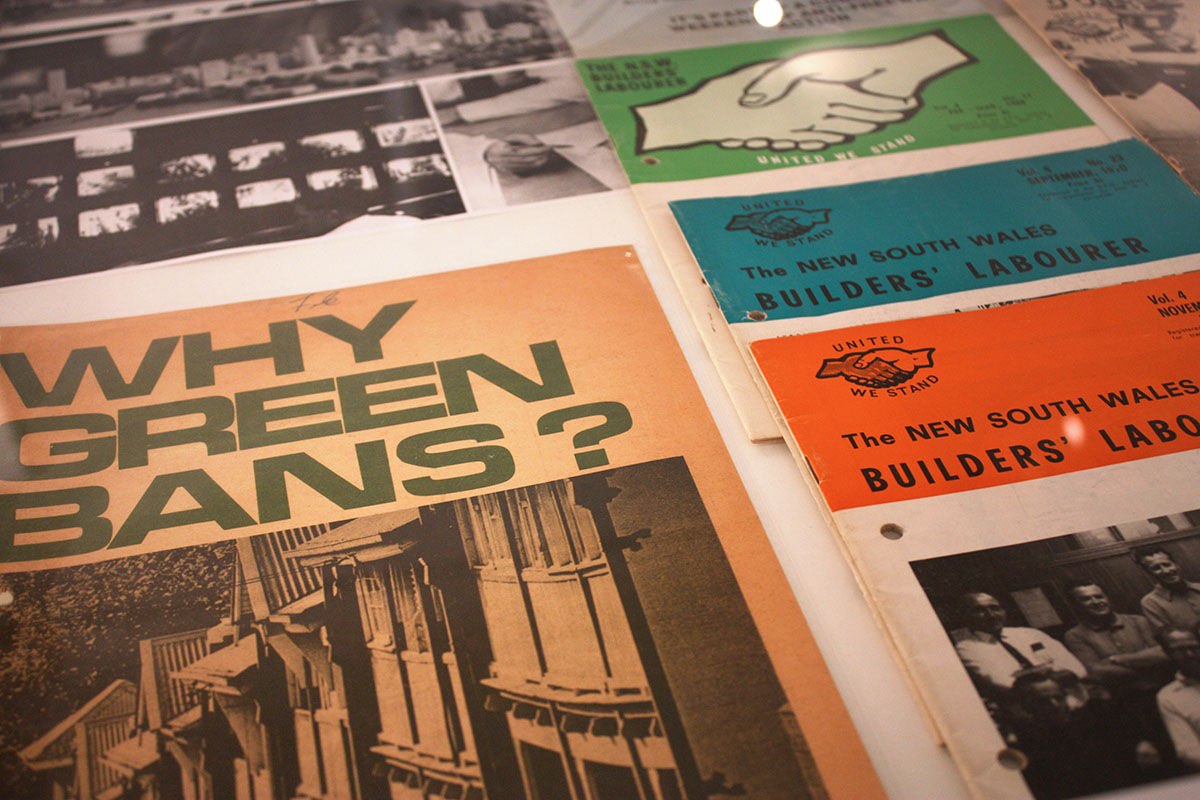 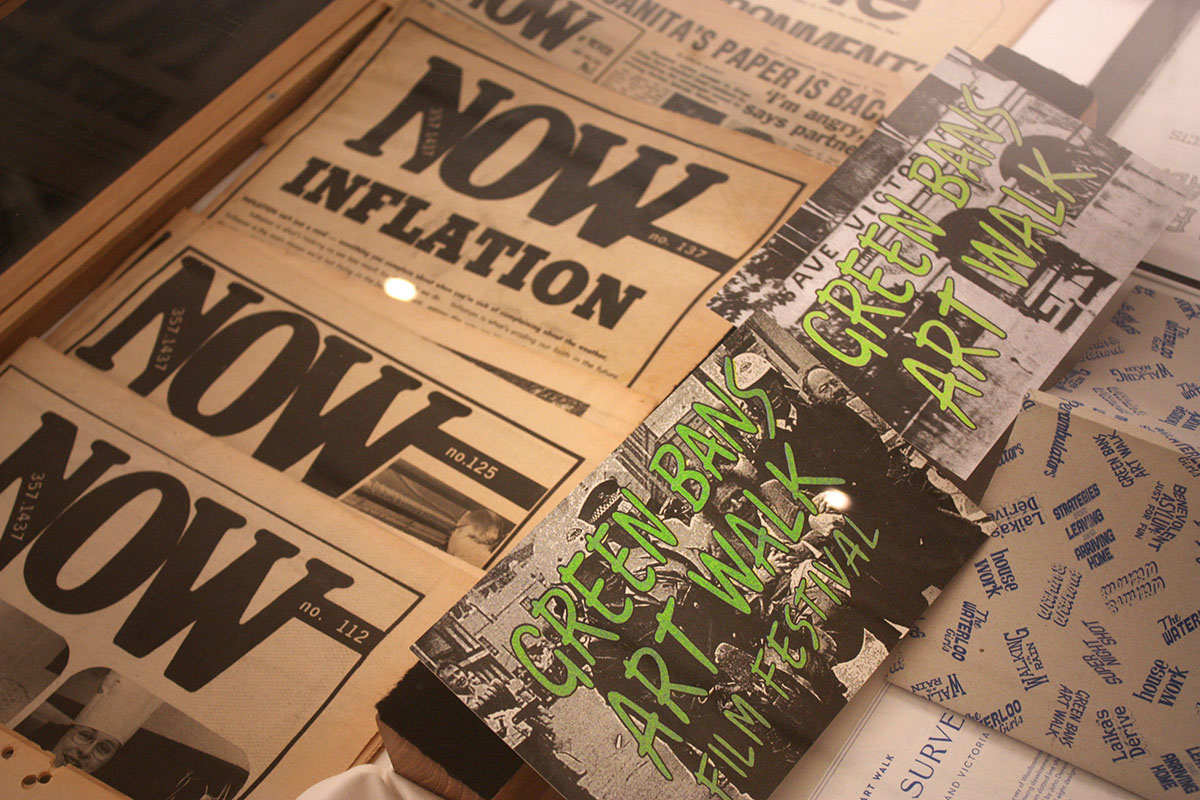 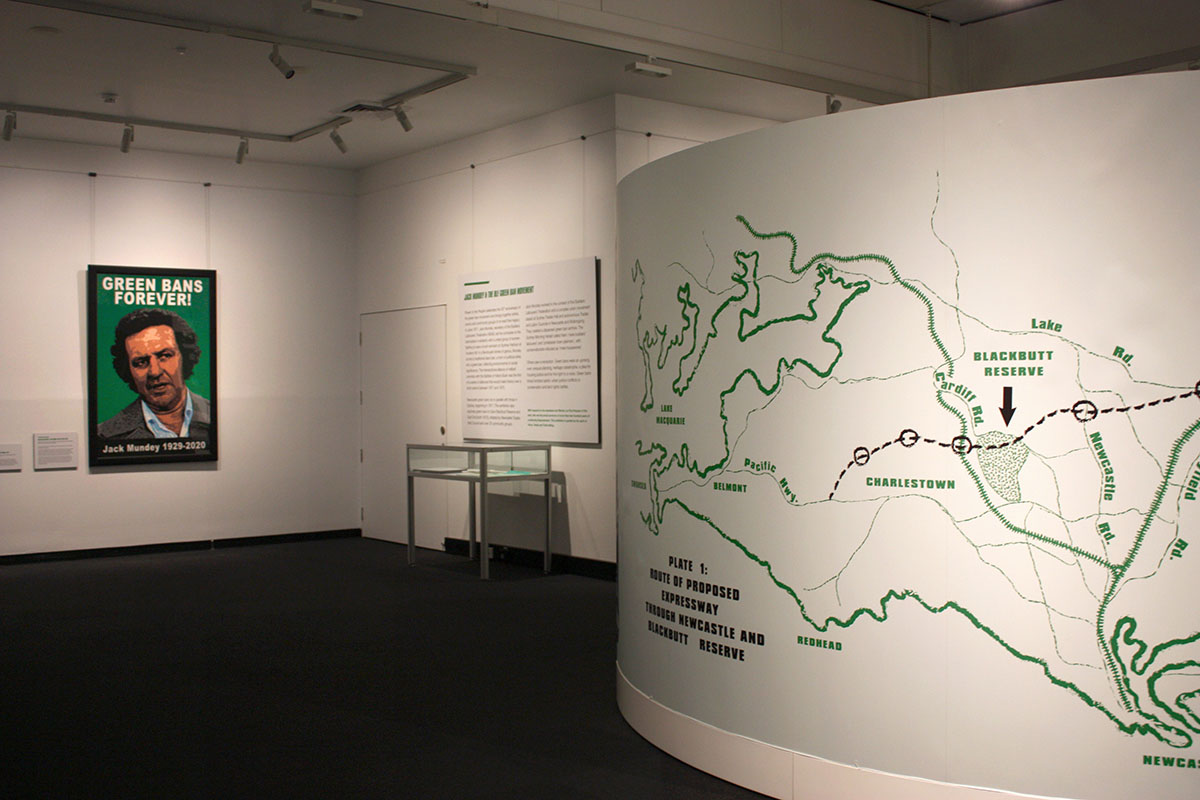 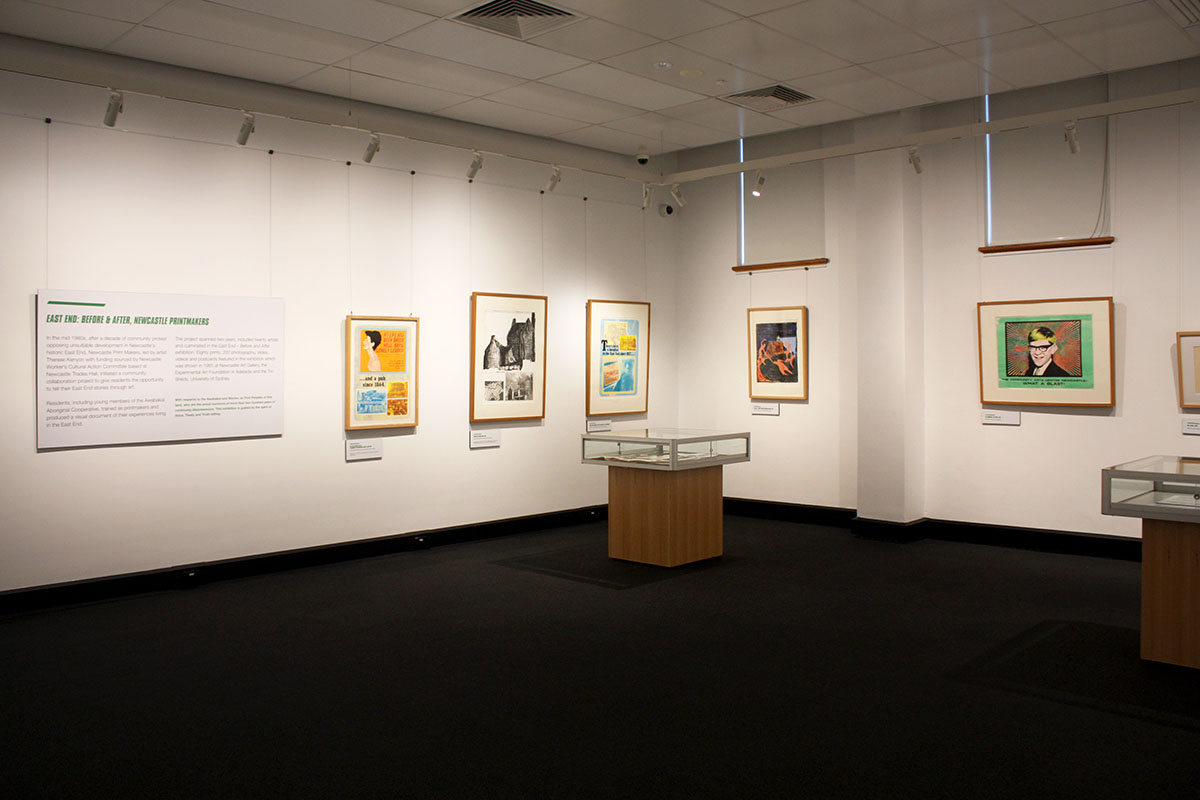 East End: Before and After, Newcastle Printmakers installation 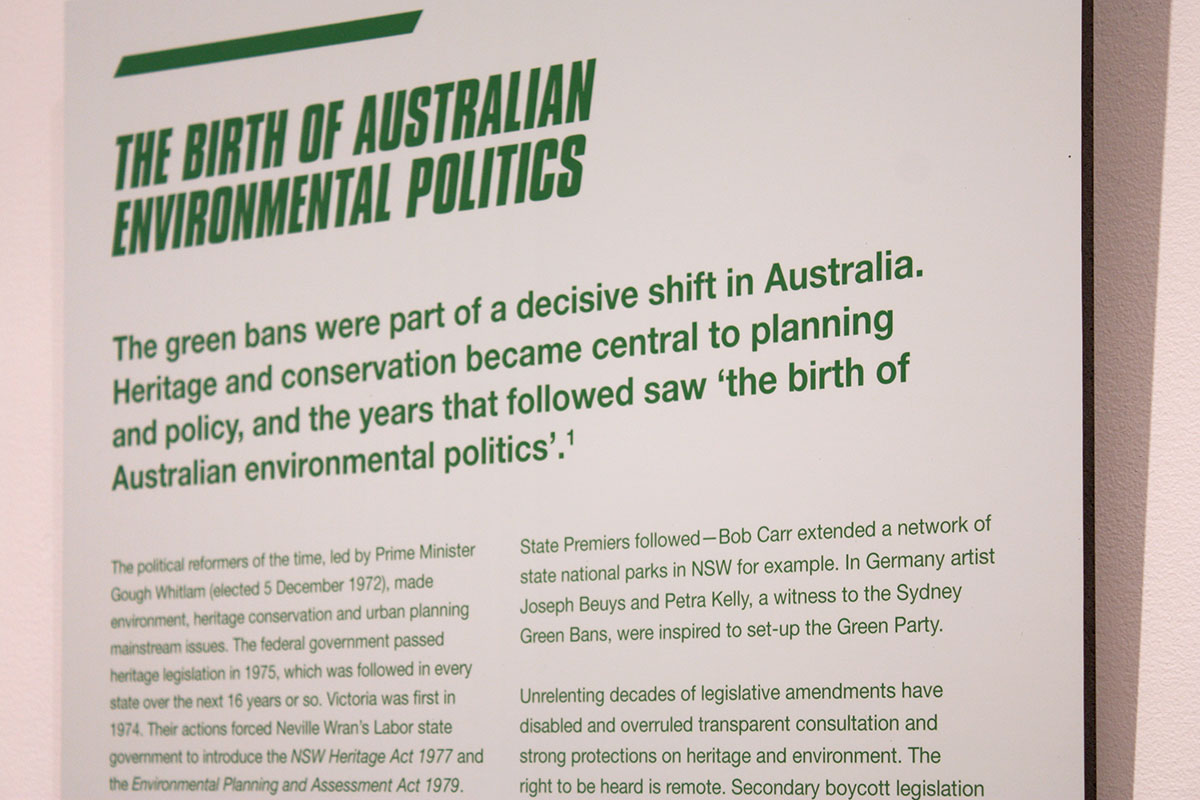 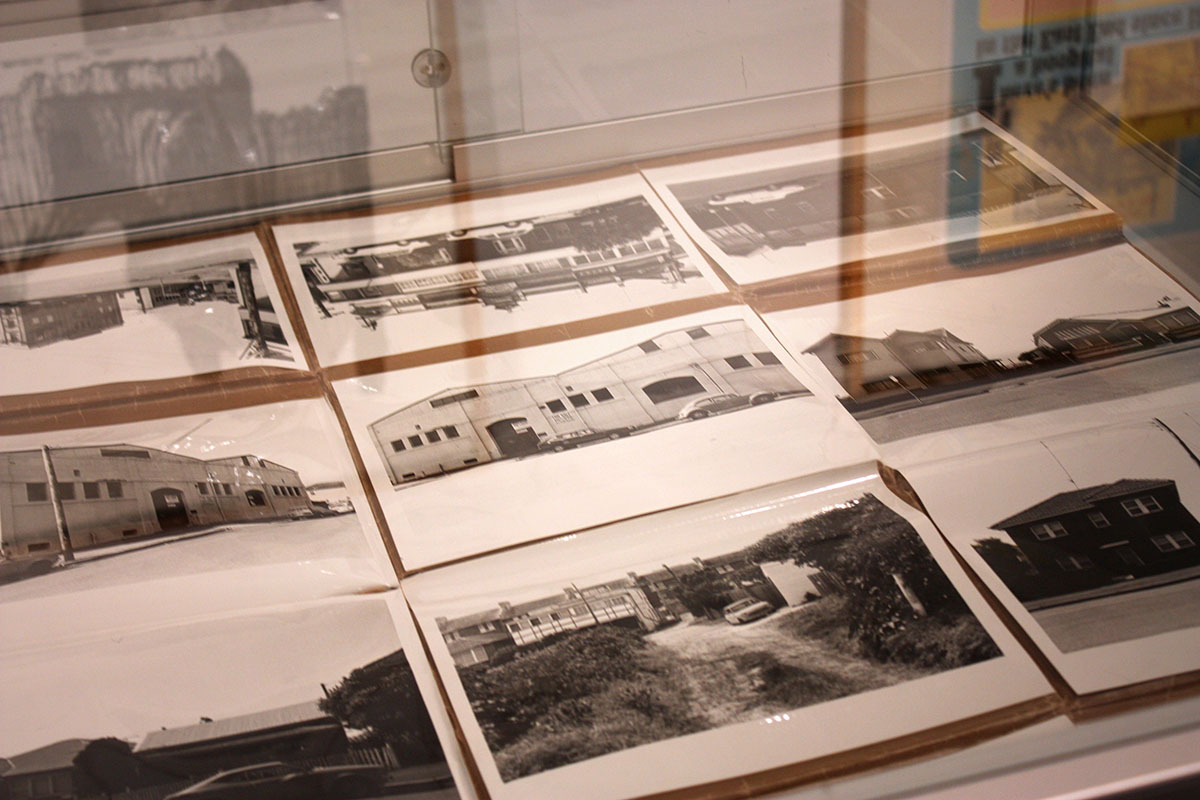 Selected prints from East End: Before and After, Newcastle Printmakers installation, Lovett Gallery 2022. 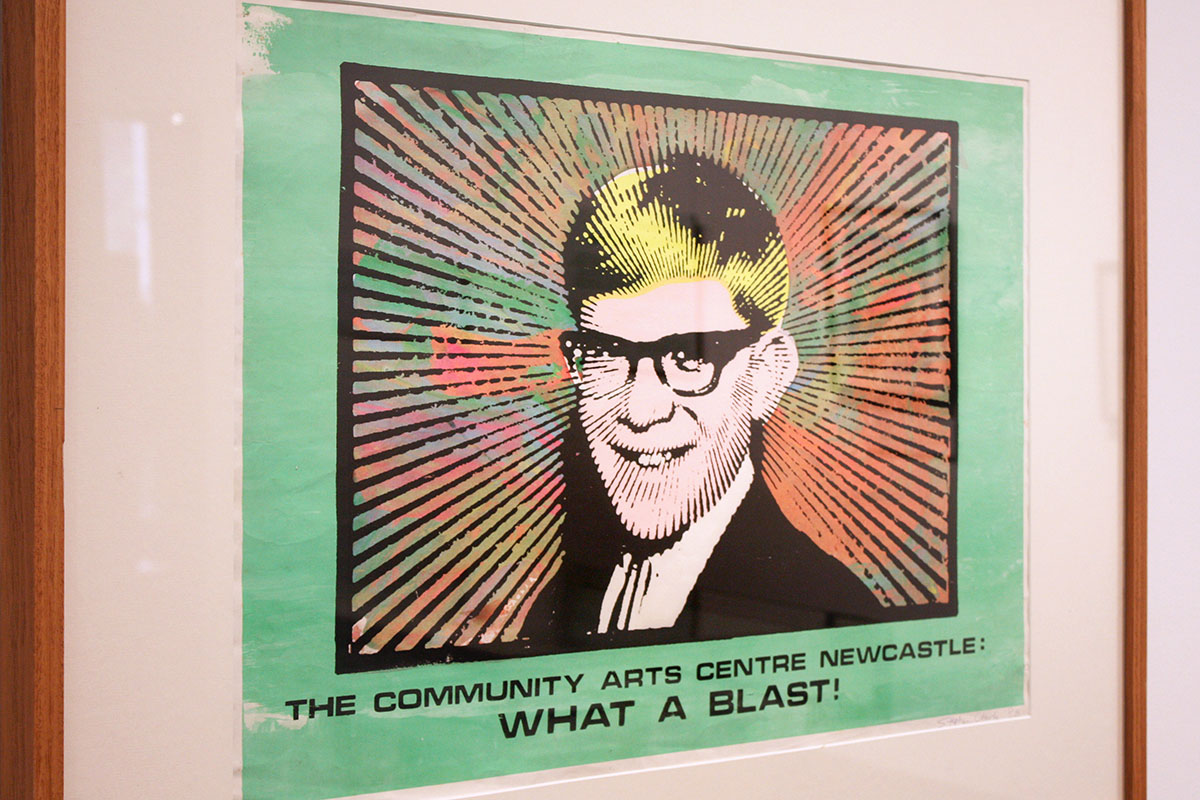 Selected prints from East End: Before and After, Newcastle Printmakers installation, Lovett Gallery 2022.

With respects to the Awabakal and Worimi, as First Peoples of this land, who are the proud survivors of more than two hundred years of continuing dispossession. This exhibition was guided by the spirit of Voice, Treaty and Truth-telling.