About: crosseXions draws together the work of 12 early-career, Brisbane-based women and transgender artists who are inscribing feminist and environmental concerns within their art practice. This project rejects the cadaverous relationships of patriarchy and capitalism which continue to represent the world as known and conquered, and the gallery as a mausoleum for dead objects. crosseXions deploys the gallery as an incubator for living, ongoing and entangled representations of a world and a subject in active flux – involved and evolving, infected and connected, organic and alive. Developing new works by these artists, crosseXions invests in process, in bodily performance, collaborations and social engagements as renewable energies for environmental understanding. 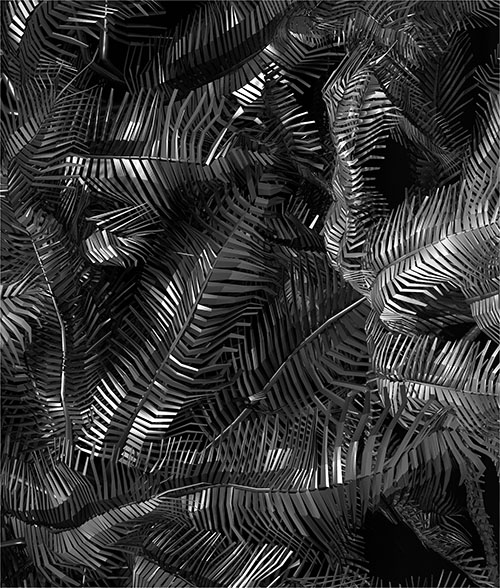 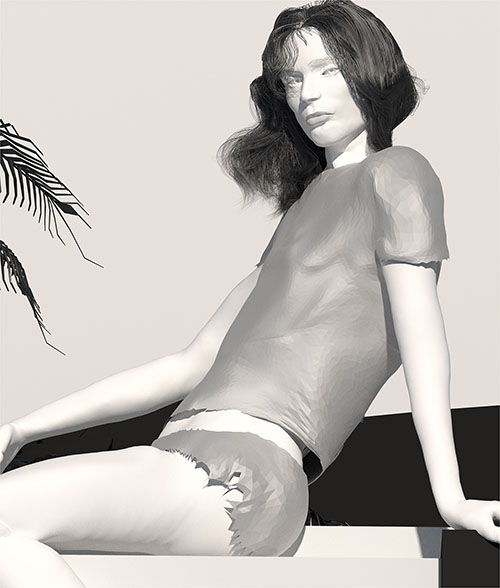 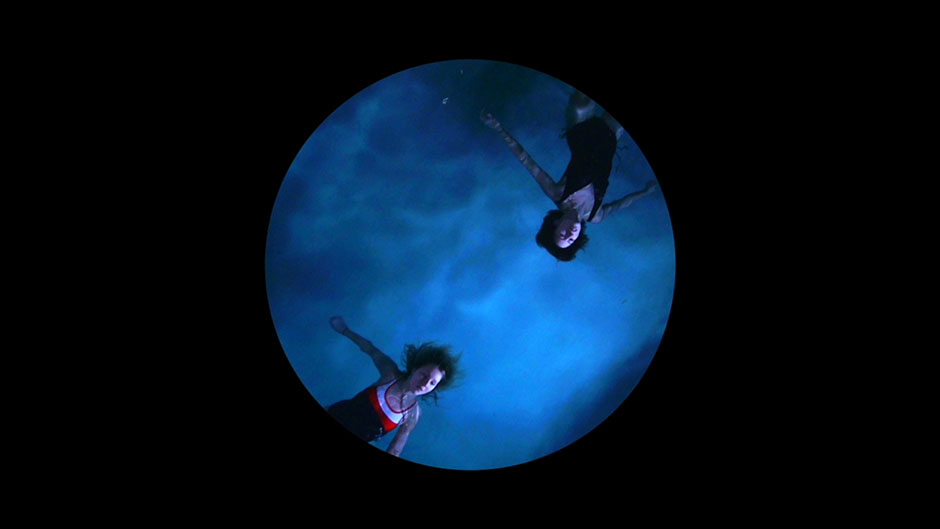 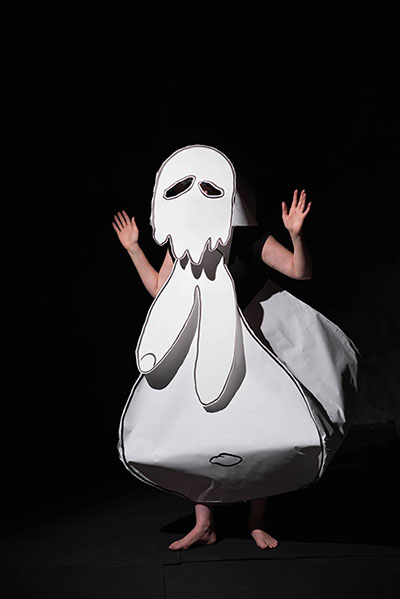 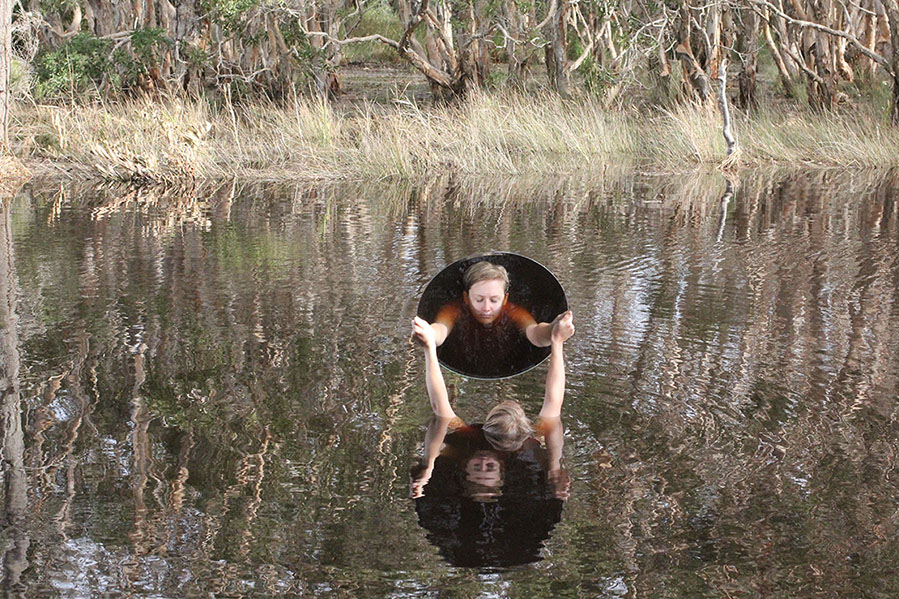 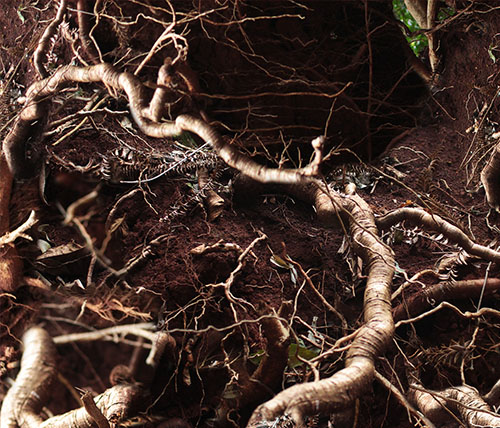 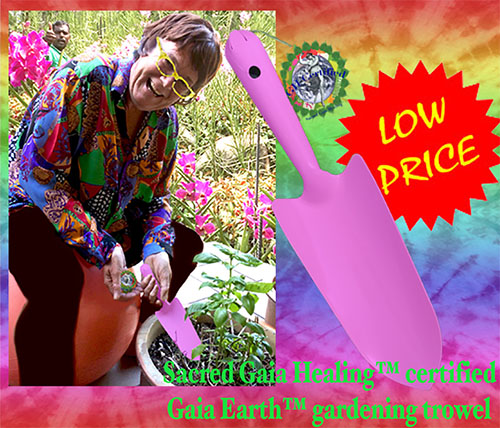 James Barth is a visual artist who works primarily with painting and digital media. James works with motifs and devices drawn from snapshot fashion photography and technosexual imagery. Their work investigates problems of the feminised body, queer theory and technosexual imagery in the construction of the transgender narrative. Through the use of photography and self-portraiture, work oscillates between an introspective reflection on James' physicality and an outward statement challenging heteronormative dogma evident in technosexualised imagery.

In 2015 James graduated with a Bachelor of Fine Art at Queensland College of Art, Griffith University, and had their first solo show at Woolloongabba Art Gallery titled, Otonoaroid. James was also a finalist in the Churchie National Emerging art prize in 2015, and has been selected for the 2016 Redlands Konica Minolta Art prize in New South Wales.

Clark Beaumont is the Brisbane-based artistic collaboration of Nicole Beaumont and Sarah Clark. Through both live and mediated performance works they investigate ideas and constructs surrounding identity, female subjectivity, intimacy and interpersonal relationships. Clark Beaumont are the subjects of their work, and their collaboration involves examining the social and physical dynamics of working together to create artwork. Through performance and time-based media, the pair experiment with multiple feminine personas and characters to recreate and reflect on their individual and intersubjective experiences. Their works often explore the intersection between performativity and authenticity, as well as the shifting dynamic between performer and viewer. The duo creatively and critically engage elements of humour and absurdity to explore how contemporary constructs of female identity and subjectivity are formed. 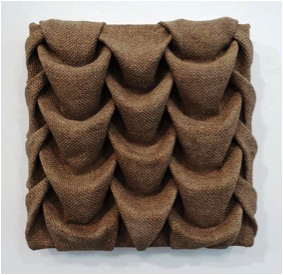 Katina Davidson’s current artistic practice explores concepts of genetic memory and trans-generational trauma, their relation to place and how it affects personal experiences of the past and present. While she strongly asserts herself as a painter with a fascination with light and colour theory, her practice has evolved to using high art materials associated with painting in increasingly non-figurative ways, although still illustrating connections to places of significance.

Her practice aims to assert her cultural identity as a descendant of the Purga Mission, and a Kullilli and Yuggera woman, in a society that regularly challenges her appearance, ethnicity and home, despite being acutely aware of her family history including radical activism from the early 1970s onwards. She does this through physically engaging with these sites and more recently, introducing complex and conjoined contemporary social histories in these narratives. 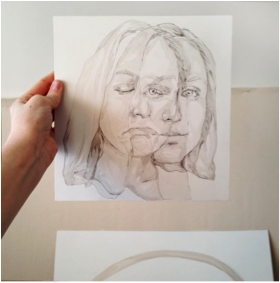 Dana Lawrie is an emerging artist based in Brisbane. Her practice sits within expanded notions of self-portraiture, using repetitive and transformative processes to negotiate a relationship between permanence and impermanence.

Her work considers how the self-portrait might be situated as a product of excessive inward reflection — one that sets out to reconcile but ultimately makes light of, or evades, a deeper meditation on mortality. Further to this, rather than resist the notion of the pointless or shallow interrogation of transience, Dana’s practice embraces and builds on the subtle humour that might be found in the struggle between hopeful and hopeless.

Julie-Anne Milinski is a multidisciplinary artist working across sculpture, drawing and installation. Focusing on contemporary urban experience, Milinski’s practice explores humanity’s relationship with the natural world. Her works examine the everyday entanglement of consumer culture through the transformation of domestic product packaging and materials associated with the construction industry. Real and fabricated floras hybridise to reveal reciprocities and interdependencies in our relationship with plants, and the liveliness of the materials we introduce into our shared habitat. Milinski’s exploration of what nature might mean in a twenty-first century urban context challenges dichotomies of hand-made and mass-produced, organic and synthetic, and craft and art.

Julie-Anne Milinski completed a Diploma of Visual Art in 2004 at RMIT Melbourne, a BFA (Painting) in 2007 at the University of Melbourne’s Victorian College of the Arts, and a BFA Honours (First Class) in 2011 at Griffith University’s Queensland College of Art, where she is currently a PhD candidate.

Participatory practice is a key component of Clare Poppi’s work and through the use of socially engaged art projects she involves the audience in an exchange of ideas and dialogue on the ethical outcomes of jewellery manufacture and use. Poppi’s work critiques the modes of mass production in commercial jewellery production which have led to a throw away, fast fashion aesthetic where consumers are removed from the processes behind the construction of what they consume and the environmental impacts of their habits. Jewellery and other adornments are purchased on a whim and thrown away with as much thought, an outfit is worn for a single night, jewellery is thrown away when it is broken or no longer considered ‘on trend’. Offering a platform of daily interaction, jewellery is uniquely positioned within an audience’s everyday experience to allow for social relations to occur outside the gallery space, in the broader community. With a focus on transience, ephemerality and transformation Poppi’s work invites participants to become intimately connected with a work and to affect the outcomes of the projects.

Merri Randell is a visual practitioner working across a wide range of media. In 2014, she completed a doctorate which playfully engaged with Australian cinematic landscape myths to explore identity and relationships with the land.

Born on the Victorian wheatbelt, Merri Randell has travelled, lived and worked all over the world. She shares her small flood-prone farm in Moreton Bay, south-east Queensland with a menagerie of rescued animals / humans.

Leena Riethmuller is an early career Brisbane artist. She works across the mediums of performance, sound, video, installation and participation. Her work is concerned with contemporary perceptions of the body and how people be with, use and relate to bodies. In 2015 Leena held one-on-one Body Information Workshops for her exhibition at The Walls (QLD) which was part of Liquid Architecture’s FM[X] What Would A Feminist Methodology Sound Like? program (QLD/NSW/Vic). She also exhibited with Channels Festival (Vic) and performed at Boxcopy (QLD). In 2014, Leena exhibited at Metro Arts (QLD), Canberra Contemporary Art Space (ACT), Constance ARI (Tas), and performed at the MCA Art Bar (NSW). In 2013, she completed a residency with LEVEL ARI and was a finalist in the Churchie National Emerging Art Prize. Leena has a BFA (Hons) and graduated from Queensland College of Art, Griffith University in 2012.

(Image) Feel for your heart beat with one hand and use the other to motion that beat [8] Leena Riethmuller, 2015, still image from Body Information Workshops, The Walls, Gold Coast part of Liquid Architecture’s FM[X] What Would A Feminist Methodology Sound Like? program.

Camille Serisier is a visual artist based in Brisbane, Australia. Trained as a scenic painter for Opera, Theatre and Ballet - Camille’s practice centres around playful tableau vivant photographs, idea drawings, films and interactive installations. Through these ambitious and elaborate works Camille uses the veil of playful absurdity to enact positive social change through storytelling. Camille is represented by Spiro Grace Art Rooms, Brisbane. 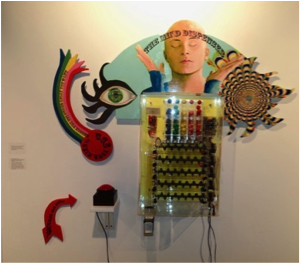 Lynden Stone is a full-time artist, arts researcher and arts educator. Her practice endeavours to visualise the metaphysical or the “unvisualisable”. In 2014 she received a PhD from the Queensland College of Art for her research and body of work on Doubting Conventional Reality – Visual Arts and Quantum Mechanics. Lynden has made interactive contraptions (such as the Mind dispenser, made collaboratively with Anderson Tepas and Steven O’Keefe) that allow viewers to doubt the predictability of reality and the possibility of their own role in affecting or even creating material reality. Lynden’s current research, Sacred Gaia Healing, examines how capitalist positioning of over-valued services and products targeting New Age gullibility mocks the feminine, nature and ecology as well as ridiculing and devaluing possible underlying merit in the metaphysical, the intuitive and consciousness. 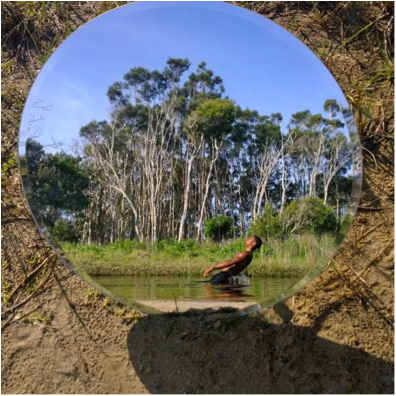 Shayna Wells is a Brisbane based artist who is practice is interested in perception and the experience of nature. She uses the camera to record these experiences of environment with the use of mirrors to alter the gaze from the traditional single viewpoint to reflect and make reference to the act of seeing.

The development of Wells’ practice has led to investigations into interdisciplinary and intermedia methods of making, creating sculptural painting with video projection, photographic processes and movable artworks involving the viewer.

Beth is a curator of contemporary art with over twenty years’ professional experience and over ten years with a specialist focus in art for the public realm. In 2012 she established her own consultancy practice Artfully, and since that time has worked on a range of projects for local and state governments and for private sector developers, curating and managing the commissioning of artworks for various urban and regional centres. She has also continued to curate exhibitions for the gallery sector, including the nationally touring exhibition ‘Bimblebox: art – science – nature’, and to produce art criticism for art journals and exhibition catalogues. 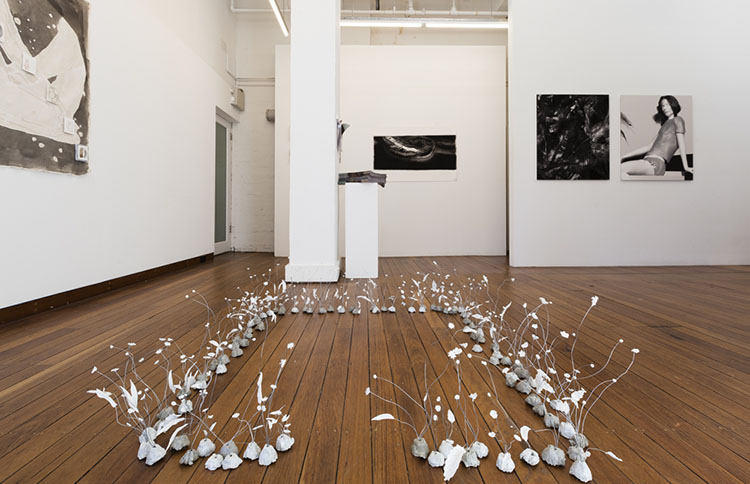 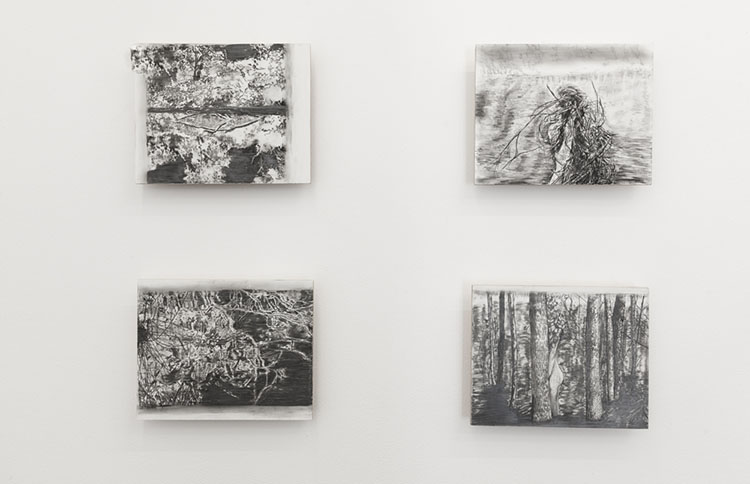 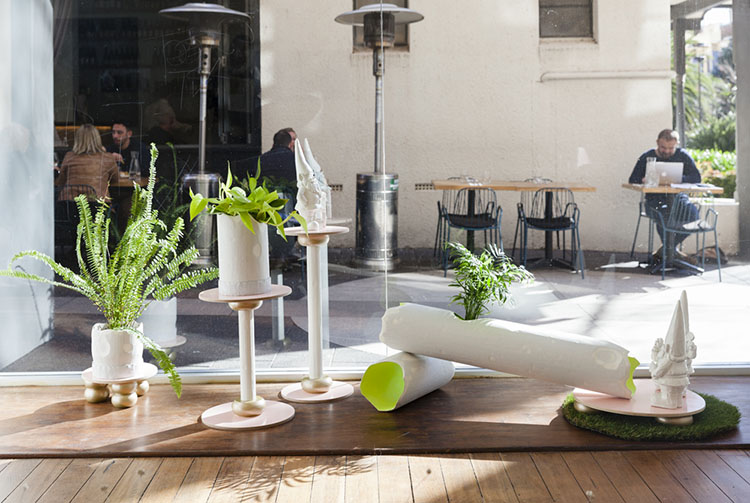 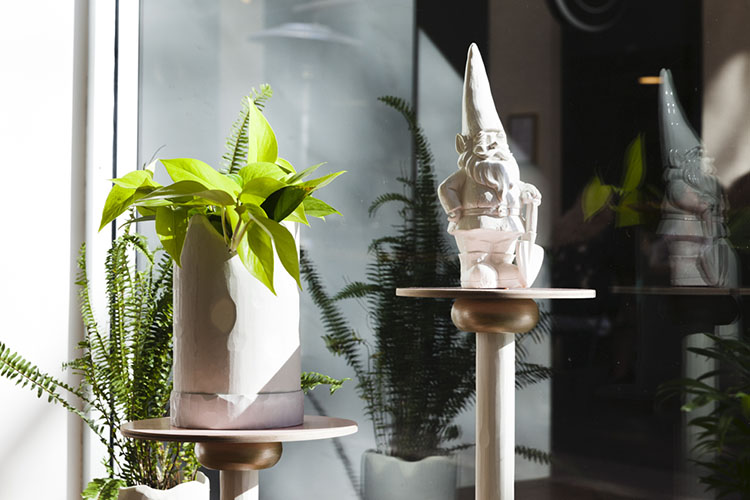 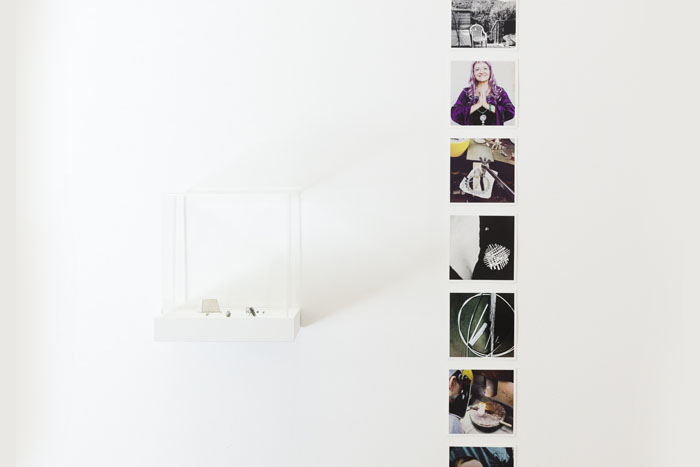 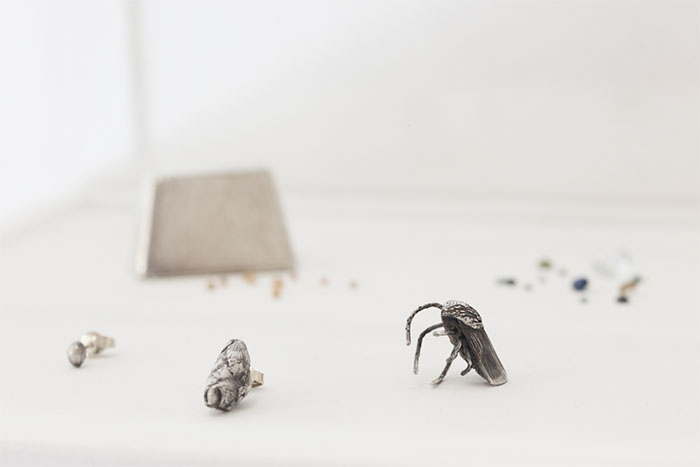 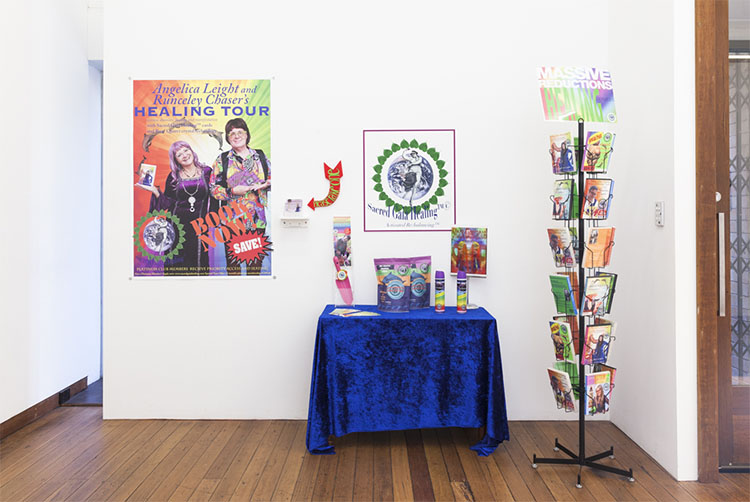 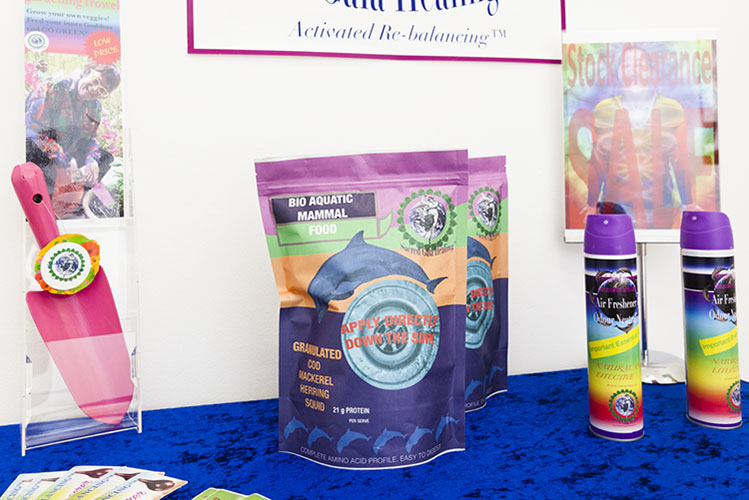 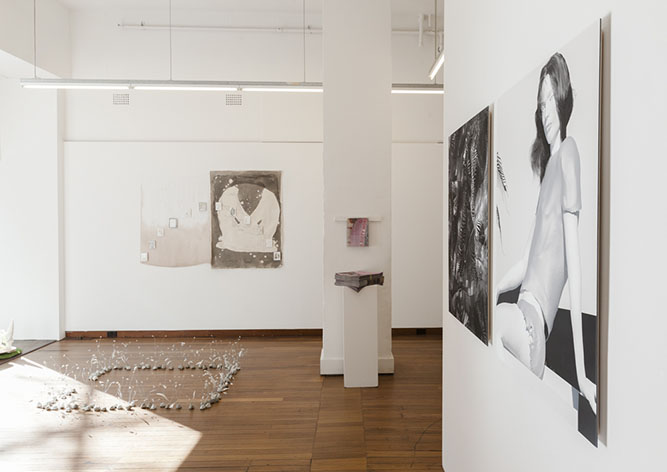 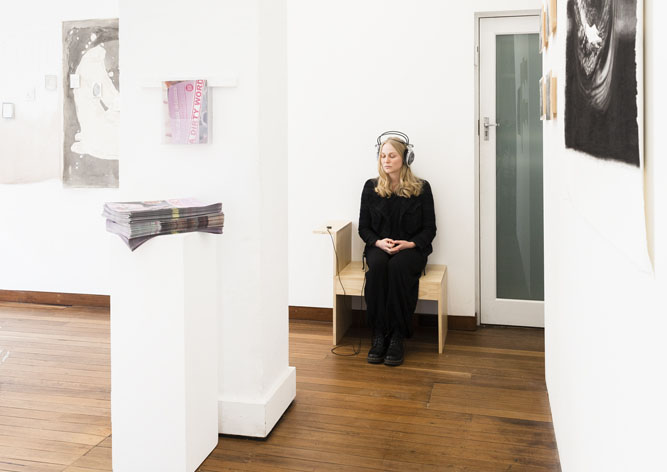 Acknowledgements: crosseXions has received financial assistance from the Queensland Government through the Visual Arts and Craft Strategy, an initiative of the Australian, state and territory governments.