Tunnel Vision
is an exhibition documenting how politicians, businessmen and public servants secretly carved up the inner-city road network in a calculated bid to force drivers into a private toll tunnel. The exhibition is about the venality of selling off public roads, willfully restricting public transport, folly and lies and the howls of anger from gridlocked traffic. Laugh at funny pictures of people negotiating concrete bollards, watch footage of citizens trying to reopen roads at a Parliamentary Inquiry. It's a fast ride through public-private partnerships Sydney style. 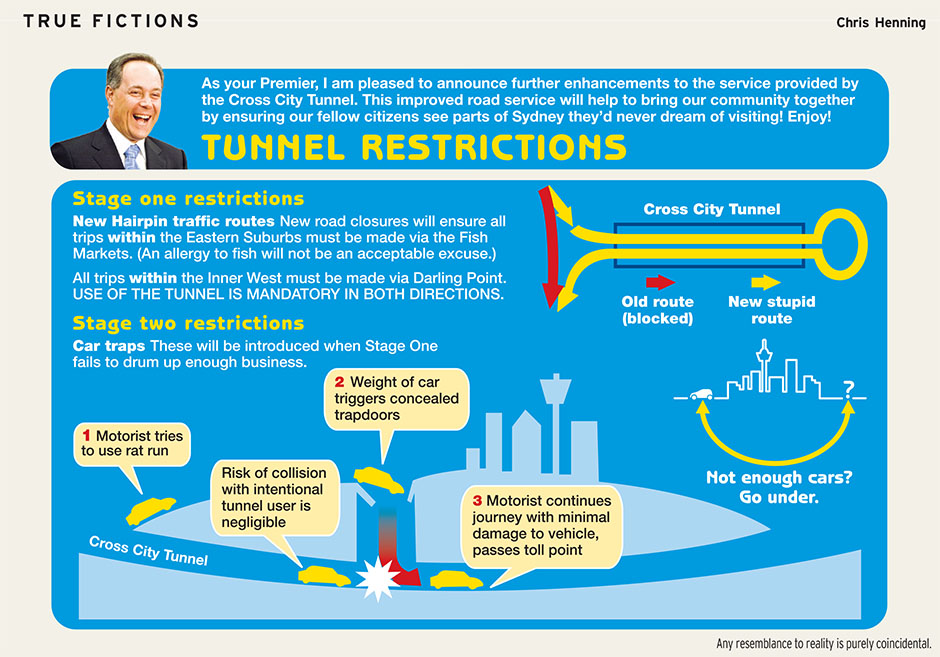 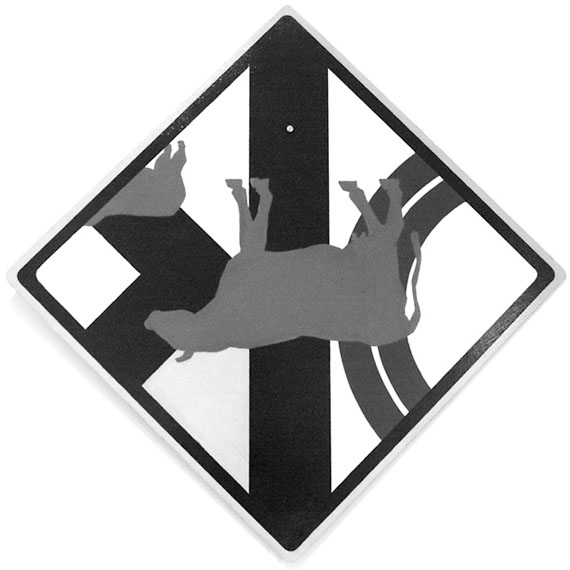 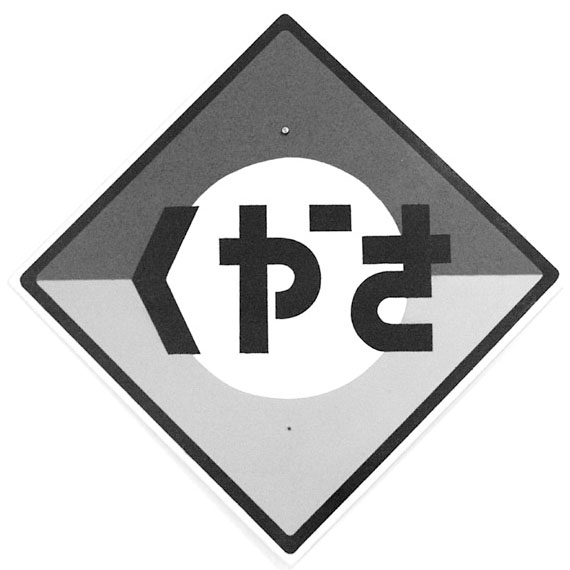 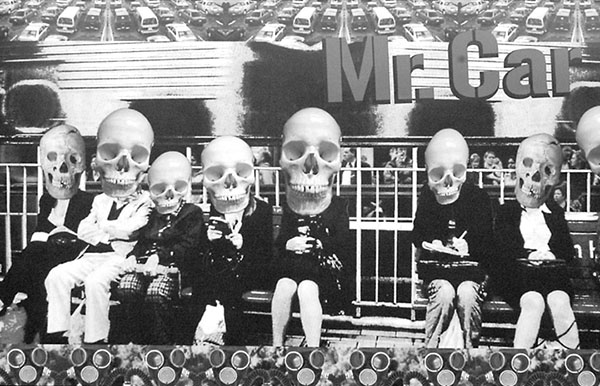 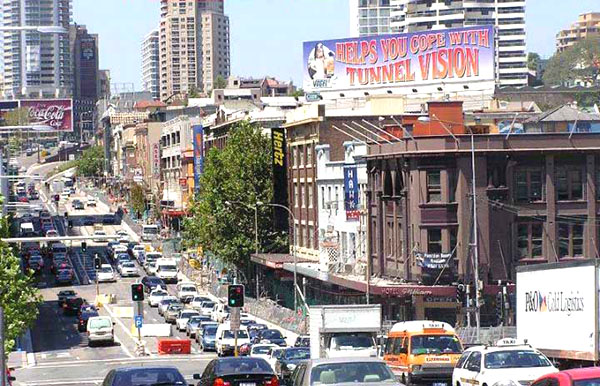 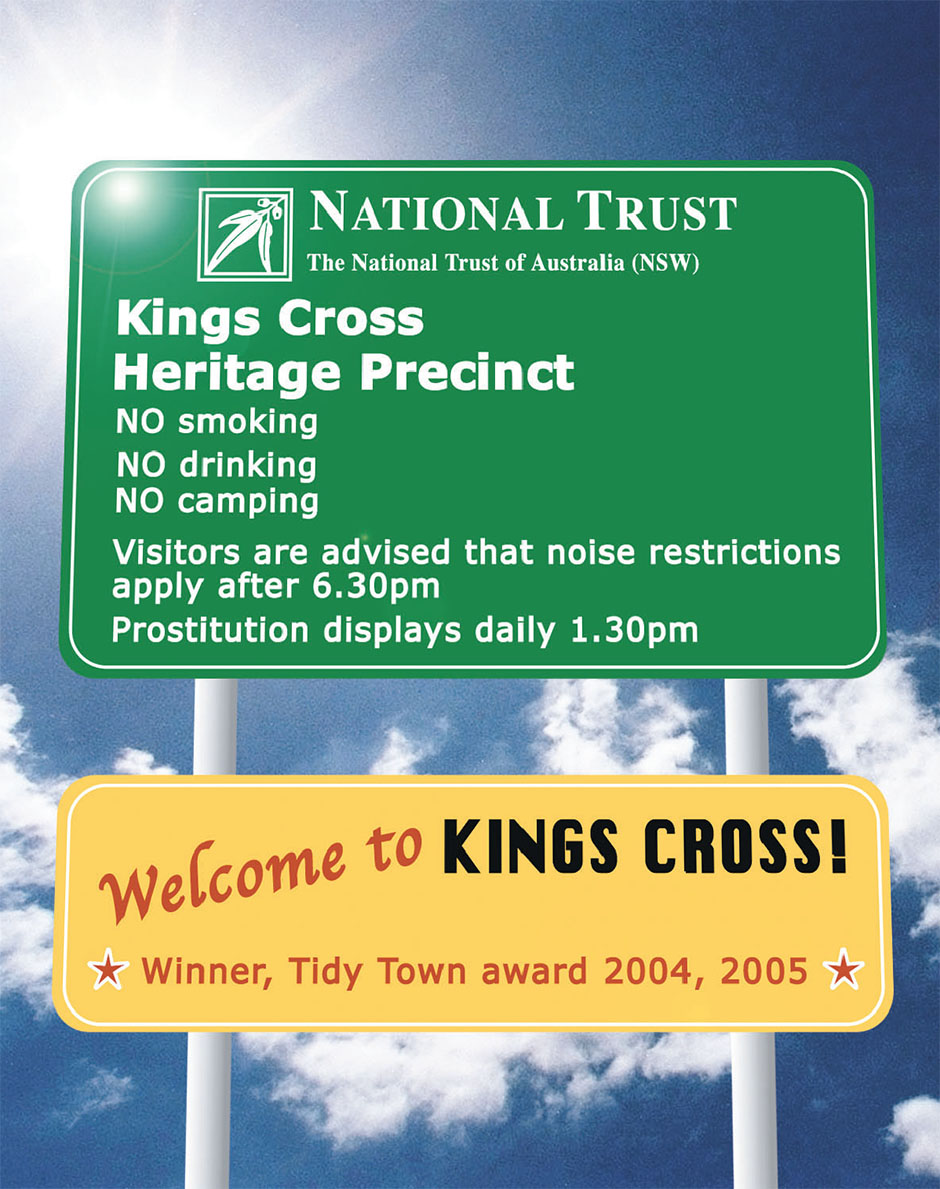 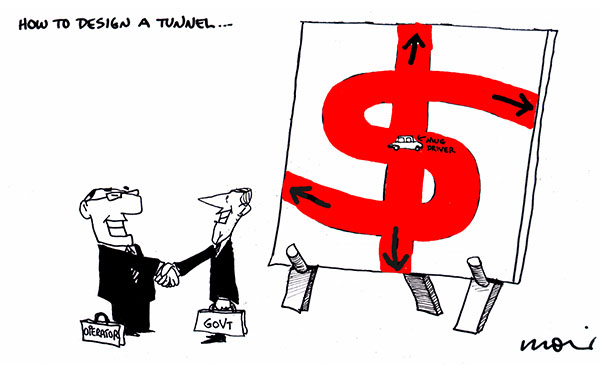 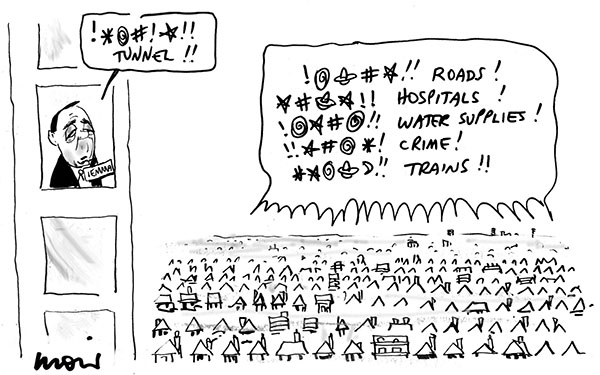 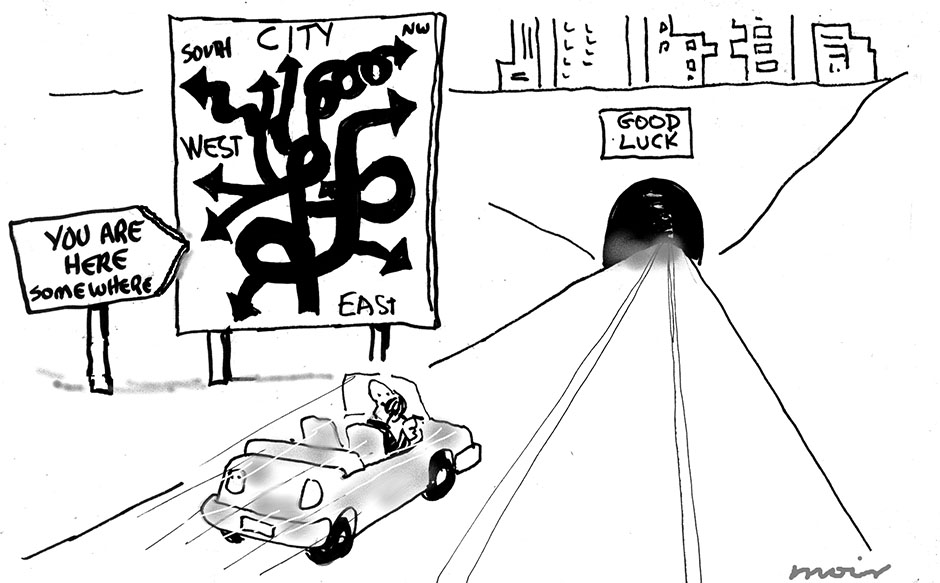 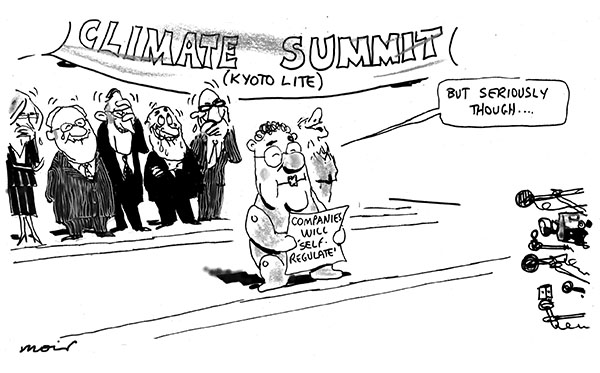 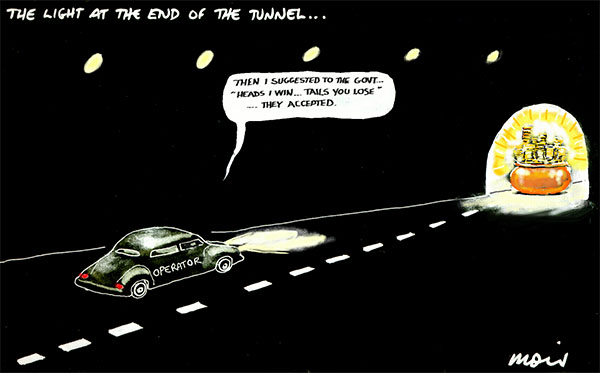 In late 2002 a monopoly over inner-city roads was secretly handed to a private corporation. The Carr Labor government approved a contract based on rubbery figures with over seventy-two street closures and modifications and over-priced tolls. Three years later, people finally had a clear picture of the full extent of the sell-off of public roads to a private monopoly and fought back. The contract fiasco flushed out grave concerns about the way toll road businesses operate and sparked a debate about the benefits of privatisation. The shift to a user-pay private toll network has profoundly changed Sydney. It has led to a new focus on public interest and planning.